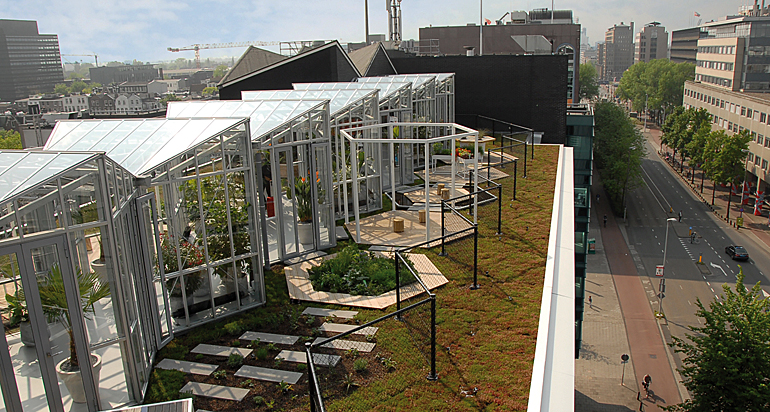 The European Commission published the Urban Water Atlas for Europe, a complete panorama of water management in European cities.

The publication include the Blue City Index of 40 European cities on 25 water related topics. In Europe Amsterdam is the best performing city with a BCI of 8.3 (on top photo - Rainproof project). The City Blueprints, developed by KWR and also provided in the atlas, show cities’ performance in terms of overall water management. 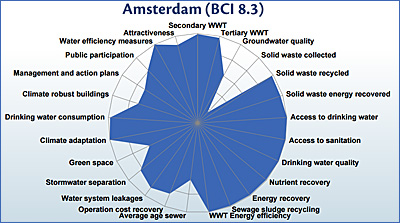 Amsterdam has six maximum scores, including on the energy efficiency of waste water treament.

Two major barriers
According to Kees van Leeuwen (KWR) and Richard Elelman (NetwercH2O), coordinators of the City Blueprints project, there are two major barriers for cities to keep up with the increasing demand for water.

Additionally they address in the atlas the complexity of managing major infrastructure developments in dense and rapidly growing cities.

Their advice to cities is not to wait for damaging events to occur that forces cities to make responsive investments. Instead cities should plan and invest in advance. 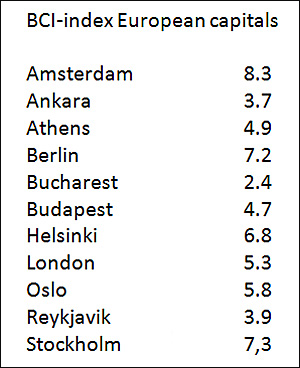 Best practices
The Urban Water Atlas for Europe provides a wealth of information on best practices, viable solutions that can be of use to city officials and urban water experts.

An interesting feature of the atlas is the fact that a lot of water is required to produce food, but very different quantities are needed for the production of different types of food.

For each city, the atlas also provides the Blue City Index, which varies from 0 to 10. This is the overall score based on the 25 indicators of the City Blueprint.

The Urban Water Atlas for Europe can be downloaded for free from the EU book shop as a pdf file (82 mB).
This news item was originally published on the websites of KWR and the EU Science hub.