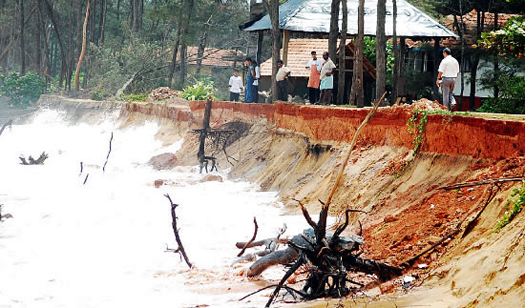 Mott MacDonald’s international development consultancy, Euroconsult Mott MacDonald, has been appointed project management and design consultant by the Government of Karnataka, Department of Ports and Inland Water Transport, for the Karnataka section of the National Coastal Protection Project (NCPP) in India.

Financed by the Asian Development Bank, the three states included in the INR2.5 billion scheme are Goa, Karnataka and Maharashtra. 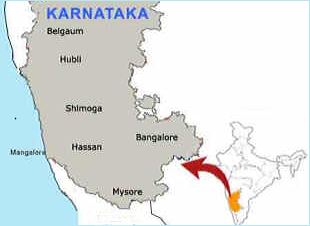 Current protection works not sufficient
The Karnataka stretch of coastline is 300km long, with about 50% affected by erosion. The beach at Ullal in southern Karnataka has suffered serious erosion over several decades. Despite existing coastal protection works, the local population is under severe attack from waves and many houses and trees have been lost.

More systematic approach
Dirk Smits, Mott MacDonald's project director, said: "A large area is now threatened by coastal flooding all year round with an increased threat during the monsoon season. Through the NCPP the state has decided to tackle coastal erosion in a more systematic manner and is looking to adopt long-term sustainable measures."

Development and management plans
As part of the project, Mott MacDonald will work directly with the State Project Management Unit to prepare long term development and management plans for the shoreline. This will include detailed design of the Ullal entrance breakwaters to keep the channel open and ensure vessels can continue to use the old Mangalore port. Tetrapods, concrete armour units and natural rock structures will be considered so that the most optimal, innovative solutions are implemented.

Stimulation of natural beach nourishment
"The potential alteration of the north breakwater will also be considered with the aim of ensuring that sand coming from the river is driven south so that natural bypassing occurs more effectively," Dirk added

Two offshore submerged reeefs
Mott MacDonald will also provide technical supervision for the possible construction of two offshore multipurpose artificial submerged reefs and four nearshore berms. As part of the scheme, these could be used to block the wave energy from a number of directions, thereby minimising or negating the long shore currents, keeping the sand in place.

HR Wallingford, a specialist water research consultancy, has been appointed as subcontractor by Mott MacDonald and will be supporting the coastal modelling work.

The project is due for completion in 2015.

This news release was originally puiblished on the website of Euroconsult Mott MacDonald.nl