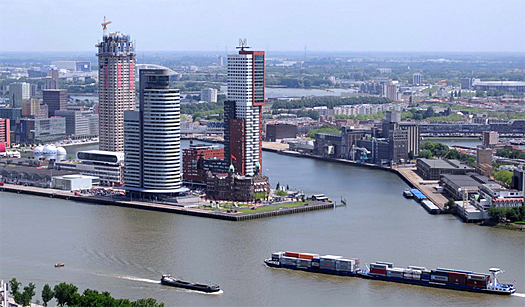 The European Commission has appointed Rotterdam a 'peer city' for climate adaptation. For that reason, Rotterdam will introduce the approach and solutions to a number of cities via a training programme to deal with climate change in a city.

The Directorate General for Climate Action, as part of the European Commission, chose Rotterdam because the city is a leader when it comes to developing an adaptation strategy for a city and is internationally seen as an example by others.

The goal of the 'EU Adapt' project training courses is to make cities aware of the necessity of climate proofing and to support them in developing their own adaptation strategies.

Setting up an adaptation strategy
Five cities, divided into three groups, are taking part in the training programme. Per group, two peer cities serve as guides for the other cities. Together with Ancona, Rotterdam is guiding five cities: Almada (Portugal), Barcelona (Spain), Burgas (Bulgaria), Gibraltar and Zadar (Croatia).

During the training programme, knowledge about how to set up and execute an adaptation strategy is shared and further developed in each city. Rotterdam already actively shares this knowledge with eight other delta cities in the world via the Connecting Delta Cities network. 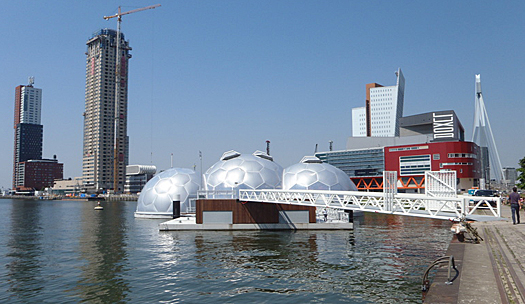 The Rotterdam Approach
The name of the Rotterdam climate adaptation programme is Rotterdam Climate Proof. The programme focuses on continuous protection of and accessibility to the Rotterdam region and it views climate change as an opportunity. Through its use of innovations, the city becomes both more appealing and economically stronger. The Rotterdam Adaptation Approach focuses on how to deal with more water as well as higher temperatures.

As a decisive and innovative international port, Rotterdam takes its responsibility seriously to create a sustainable future together with its citizens, companies and institutions. Through the Rotterdam Climate Initiative, Rotterdam is working on the total sustainability profile by tackling environmental problems as the cause and the consequence of climate change. Because of this unique approach, Rotterdam is an inspiring example.

The ambitions and results achieved in the fields of the environment, climate, energy and water all contribute to an appealing and economically strong city and make Rotterdam the most sustainable world port.

This news itemns was originally published on the website of Rotterdam Climate Initiative
.