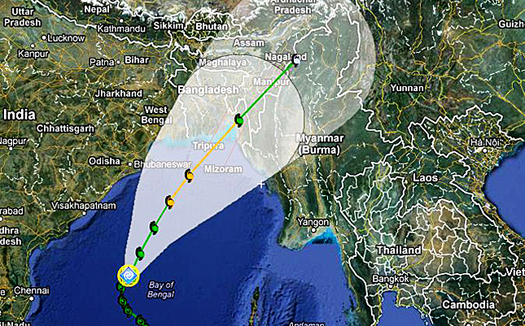 On five low-lying coastal islands on the southeast coast of Bangladesh that are currently under reconstruction to be embanked, people are being evacuated to cyclone shelters on other islands.

This reports Jan van der Wal of the consultancy firm Euroconsult Mott MacDonald. He is team leader of the Char Development and Settlement IV project, a joint Dutch-Bengali coastal project to construct levees and drainage systems to stop the movement of the sand plates, allowing to build infrastructure and initiate economic development.

Cyclone Mahasan is building up on the Indian Ocean and is expected to make landfall close to this area on Thursday. The cyclone is predicted to produce a storm surge that can reach upto 5 meters.

Inland of Bangladesh it has rained heavily the past seven days and river discharges have increased sharply. The storm surge will block the river discharge to the sea, possibly causing severe flooding, not only along the coast, but along the rivers as well.

Preparations for the worst 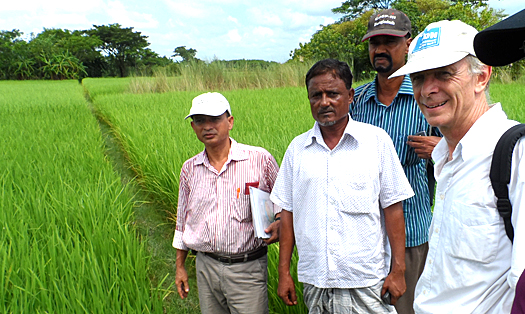 “We will have to see what happens”, reacts Jan van der Wal calmly ( photo right). “The track of the cyclone may change, leading the storm surge more to the east, to the city of Chittagong and the coast of Myanmar”.

Meanwhile the people on the islands where the levees are still under construction people are being evacuated. According to Van der Wal this is not easy as the people are reluctant to leave their properties. There is no property protection.

“The levees are 7 meters high so maybe they will withstand the surge. The problem is however that the levees are new and not yet stabilized. It takes at least two years for a levee to develop enough strength. So it is not sure they will hold,” says Van der Wal.

No cyclone shelters
As the construction of the dikes is still going on, the planned cyclone shelters have not yet been build. Van der Wal: “Two years ago we completed a similar project on the Boyer Char and there we built 20 shelters. That is where people are now encouraged to go to.”

Dikes strong enough
Van der Wal is mostly concerned about the people safety. “Hopefully they will leave the chars. As for the new dikes we will have to wait and see if they will hold.” 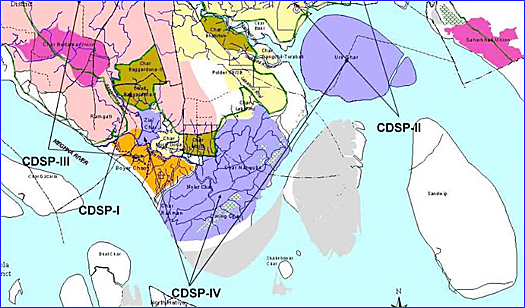 Five new chars (in purple) are now being embanked. Other chars have been embanked earlier and have cyclone shelters.

The Char Development and Settlement Project phase IV, includes 100 km of new levees, several sluice gates and many drainage channels on five ‘chars’ islands. The new water system will protect the 150.000 inhabitants from flooding and will reduce the salt intrusion. This will allow the farmers eventually to grow their crops also outside the rain season.

The project started in March 2011 for a six year period.

Also read about the CDSP IV-project on this website. 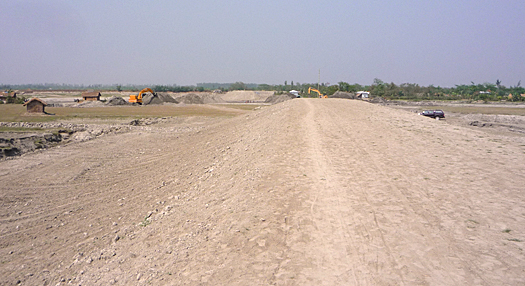 Recent construction of a 7 m high levee as part of the CDSP IV-project. 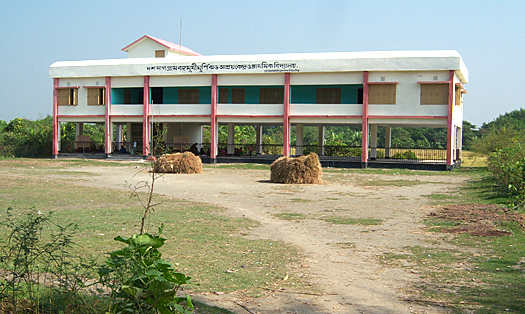 A school building that serves as a cyclone shelter with an open ground floor.