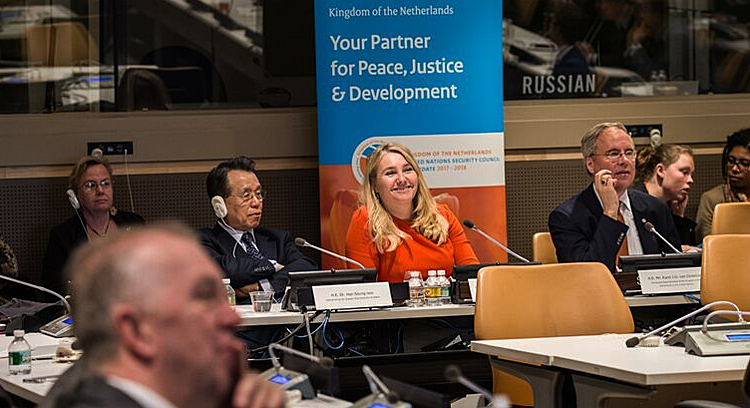 On the occasion of the UN high-level water and sanitation days 2015 the Dutch government organized a special event where urban planners, non-governmental organisations and water experts showcased innovative practices in disaster risk reduction and response.

UN-envoy Seung-soo mentioned the success by Chili that had one of its biggest earthquakes last September, killing 13 people. According to Seung-soo the country has learned from the past as in 2010 a big earthquake killed 500 people. He noted that major earthquakes don’t necessarily lead to high death tolls when the risks are understood.

Still Seung-soo called upon experts to come up with new solutions and new pathways for further reduction of the number of causalities from natural disasters. 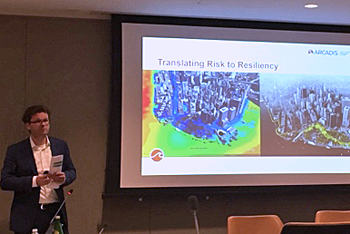 "The Netherlands is making this shift in flood prevention", she said, "and we want to share our experiences, but we also want to learn from similar developments in the world. A global shift to prevention benefits us all."

Lessons learned from New Orleans
The event focused on the presentation of innovative practices in disaster risk reduction. Two practices were from New York and concerned finalists of the Rebuild-by-design competition that was held in 2014 after superstorm Sandy hit the region.

Edgar Westerhof of Dutch consultancy Arcadis highlighted the design of a new flood protection zone around the south end of Manhattan. "We were involved in the rebuilding of New Orleans after Katrina and we learned important lessons there and we brought these to New York. One of them is to involve the local community. You cannot engineer awareness", Westerhof warned. 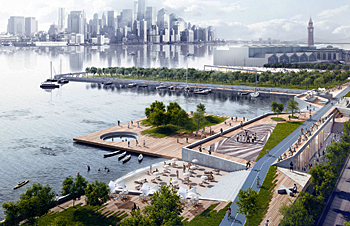 Impression of the new flood protection scheme for the city of Hoboken by OMA Architects.

Another finalist project was presented by Daniel Pittman at OMA Architects. His company was involved in a design to make the city of Hoboken more flood resilient.

Pittman mentioned the importance to develop a comprehensive strategy together with many stakeholders.

"Communication is very important to keep all stakeholders at the same level of understanding", Pittman shared as his important lesson.

Smartphones for quick damage assessment
Bert Diphoorn of Dutch foundation AKVO presented the use of smartphones for a quick assessment of the damage after a natural disaster. His organization developed Akvo Flow, a tool to monitor the functioning of water infrastructure, based on data that is collected with smartphones. 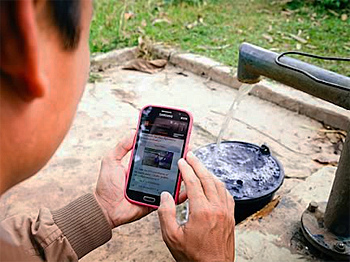 Quick assessment of the functioning of a water point with AKVO Flow, using a smart phone.

Diphoorn told about the great benefits of Akvo Flow on the islands of Vanuatu in the South Pacific. Vanuatu was severely hit by cyclone Pam in March this year. "We had been working there to map all the water points. So we had an accurate dataset. Immediately after the disaster people went out on their motorbikes and re-assessed the status, using their smartphones for collecting the new data."

According to Diphoorn AKVO did a similar assessment of all the water infrastructure in Nepal after the earthquake in April.

Unlike in Vanuatu, AKVO lacked an existing data collection network in Nepal and had no data available on the water points from prior the earthquake.

New urban concepts
Founder Mitchell Joachim of One Architecture gave the final presentation and took the participants of the event on a journey into the future. He talked about new urban concepts based on ecological design. He showed drawing of living houses that were shaped by structural shaping of trees. In his philosophy architecture and biology become one.