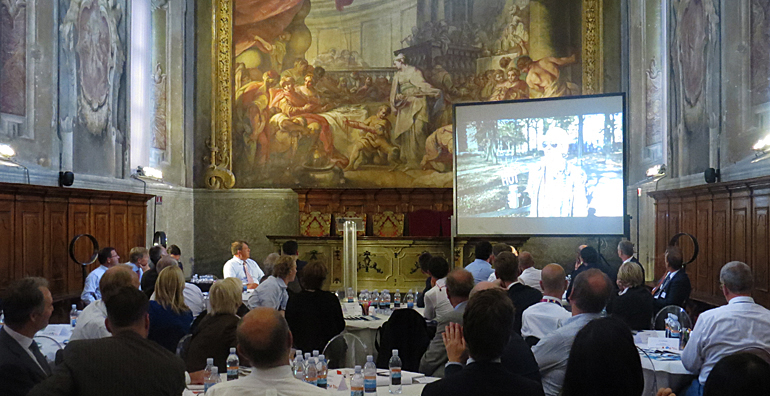 "We have developed a plan to re-open the old canals in Milan that have originally been designed by Leonardo da Vinci but we are waiting for the final approval”, tells director Maria Berrini of the environmental agency of the city of Milan.

Berrini was one of the participants of the seminar ‘Creating sustainable urban deltas’, hosted by the Dutch province of Zuid-Holland at the Expo Milano on 17 September.

Five Italian and Dutch cities participated at the round tables on resiliency where the discussion soon concentrated on the non-technical issues. 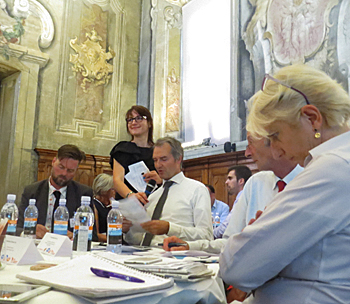 More capacity to absorb rainwater
The story of Berrini on the water management in her city that hosts this year’s Expo Milano, illustrates the difficulties many water-sensitive cities have when they want to restructure their city in order to absorb large quantities of water after extreme rainfall. “Re-opening the old channels is an ambitious plan but we have to wait for the final approval because of a new administration that recently came into office”, Berrini told.

“Cities have to restore the sponge function of their water system, ranging from re-opening old channels, smart constructed water retention areas, to green roofs,” added Arnoud Molenaar, Chief Resilience Officer of the Dutch city of Rotterdam. Molenaar chaired the roundtable on resilient cities that was also attended by his colleagues from Rome, Venice and the Dutch city of Sliedrecht.

Individual water projects not enough
However densely build cities lack the space to accommodate the large volumes of water that suddenly emerge. Complex solutions are inevitable.  Berrini: “We increased the capacity of our storm water system but that was not enough. We need to construct retention areas outside of our city. Therefore we need to convince neighbouring cities to offer their space to accommodate water storage for the citizens of Milan.”

Everybody at the roundtable was convinced that small water projects in neighbourhoods are not enough. It also takes a water management strategy that incorporates the cities long term development plans. But above all the participants stressed the importance to create ownership amongst all parties that are involved in the water projects. 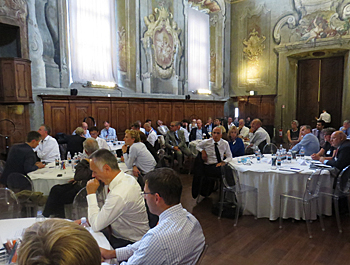 Berrini of Milan told that re-opening a part of the old city’s harbour turned out very successful and it is now a well visited recreational site.

Alessandro Coppola, chief resilience officer for the city of Rome, affirmed that he needs more arguments than just water retention. “We are thinking to make the river Tiber navigational again so we can offer boat tours to our tourists”, Coppola revealed.

Innovation for today’s projects
Talking about strategies and stakeholder engagement should continue, the city representatives agreed, but they also emphasised the urgency to take action now. “It is important to keep the dialogue going on water  management strategies, stakeholder engagement and financing, but in the meantime we must start to incorporate smart solutions in our day-to-day work in the city”, Coppola suggested.