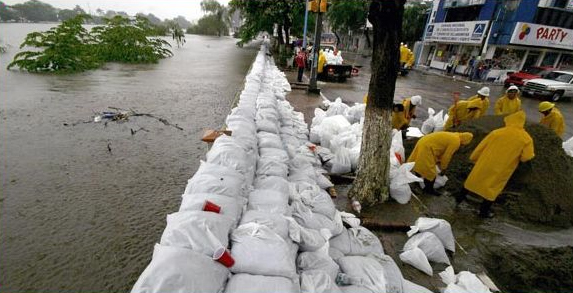 Mexico formally requested the deployment of the Dutch Risk Reduction Team. It is the first time a country calls upon this international facility offered by the Dutch government to ask for assistance in resolving urgent water issues related to flood risk.

This month the DRR-team will go to Mexico for a scoping mission. The team is comprised of Dutch water experts that have been selected for their specific international expertise.

The experts are on standby to be deployed to an area where urgent water expertise is required immediately after a formal request is received. The focus is not on emergency aid, but on reconstruction and prevention. 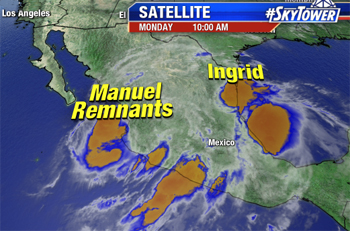 In September 2013 Mexico faced a one-two punch from tropical storms, triggering many floods, landslides and sinkholes. The reported dead toll was 47.

Start up of integrated water management
The deployment of the DRR-team to Mexico is expected to be two folded. The team will assist the Mexican government with the preparations of integrated river basin management (IRBM) plans in the state of Tabasco.

In December last year torrential rains caused widespread flooding across Tabasco and the state of emergency was declared. Tabasco is frequently hit by floods.

The most severe one was in November 2007 when 70% of the state was under water. Over 1 million people were affected by flooding of the rivers Grijalva and the Carrizal.

Additionally the DRR-team will advice the government on the preparation of an integrated coastal zone management (ICZM) plan to solve the problem of flooding on the west coast .

High level governmental advise
The Dutch government initiated the Dutch Risk Reduction team to meet the demand from other governments for advise on urgent water risks such as flooding.

The Netherlands has centuries of experience when it comes to water management and it wants to share its expertise in order to solve the complex water problems in low-lying coastal areas. In New Orleans the Dutch have collaborated with the American authorities to deliver sustainable solutions to prevent new floods. In Colombia Dutch expertise has been used to reduce river flooding. The Netherlands are also currently working on flood resilience in Myanmar, Indonesia, Vietnam and Bangladesh.

Preliminary contacts
The DRR-team operates in addition to these on going cooperation projects, especially addressing urgent water issues. Formal requests for the DRR-team are handled through the local Dutch embassies. In some countries preliminary contacts have been made.