The Ocean Cleanup will be deploying a 100 meter-long barrier segment to collect floating garbage in the second quarter of 2016 in the North Sea, 23 km off the coast of The Netherlands.

It will be the first time our barrier design will be put to the test in open waters.

The main objective of the North Sea test is to monitor the effects of real-life sea conditions, with a focus on waves and currents. The motions of the barrier and the loads on the system will be monitored by cameras and sensors. 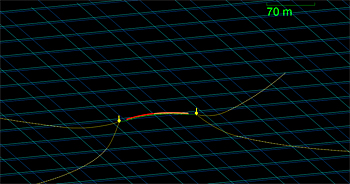 Design of the barriers on the test location in the North Sea.

Due to their size and the extreme oceanic conditions, the barriers have always been top focus of the engineering team.

After extensive computer modelling and scale model testing in controlled environments at the Deltares and Marin basins, our engineers believe it is time to move the barrier to the next stage of development. 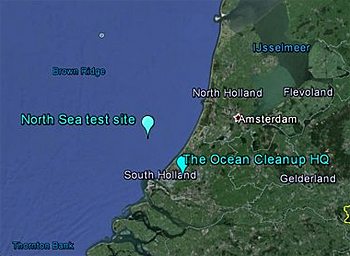 In order to be able to make full use of the North Sea test results, the go-ahead for the first system in Japan will be pushed back to the second half of 2016.

The North Sea test will be helping to ensure the effectiveness and durability once the large-scale system will be deployed in the Great Pacific Garbage Patch in 2020.