Wwtp Clonakilty (on top photo) is the first plant constructed in Ireland and the UK using Nereda technology and the first in the world that is built mostly underground to minimise the visual impact.

Two more Nereda plants are under way in Ireland. 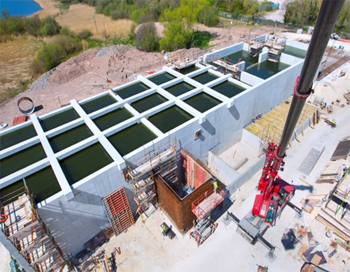 Second Nereda plant in York county is under construction at wwtp Carrigtohill.

Meeting strict discharge standards
Technical director, Jim Palmer of EPS Group, said: "We are delighted to provide Nereda as the next generation wastewater treatment technology to our clients. Nereda is a cutting-edge development which offers very low cost of ownership to end-users of wastewater treatment plants."

Global director for water products and innovation, René Noppeney of Royal HaskoningDHV is proud that EPS has joined the global network of Nereda partners. "Together we are providing a sustainable solution to towns and cities facing challenges associated with urbanisation and the demand for good sanitation", he said.

The new plants will help the national utility Irish Water meet the requirements under the European Union Urban wastewater treatment directive to improve health, water quality and the integrity of the environment.

Producing clean water using much less energy, the technology is being introduced into Ireland through a partnership between Royal HaskoningDHV and leading Irish water treatment company EPS.

Presently, EPS is in the construction phase of a Nereda plant in Carrigtohill (30,000PE) that is due to take flows in December 2015. Also using the Nereda technology, EPS and Sisk JV have commenced construction of the wastewater treatment plant Lower Harbour in Cork (65,000PE). The expected flows to Lower Harbour will take place late 2016. 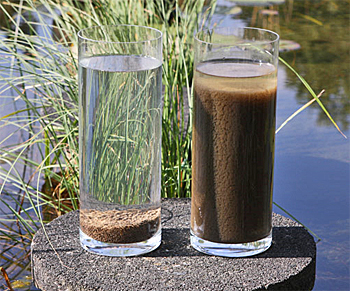 About Nereda
Nereda is an award-winning innovative technology that purifies water using the unique features of aerobic granular mass. It requires less energy and chemicals and has a smaller footprint than conventional wastewater treatment systems.

The technology was invented by the Delft University of Technology in the Netherlands and developed in a unique public-private partnership between the university, Royal HaskoningDHV, the Dutch foundation for applied water research (STOWA) and the Dutch Regional Water Authorities.

After twenty years of research and development this innovative biological solution is now proving itself as the leap forward in wastewater treatment technology.

Nereda plants are being built or in operation across the globe in countries including Australia, Brazil, India, the Netherlands, Poland, Portugal, South Africa and Switzerland.