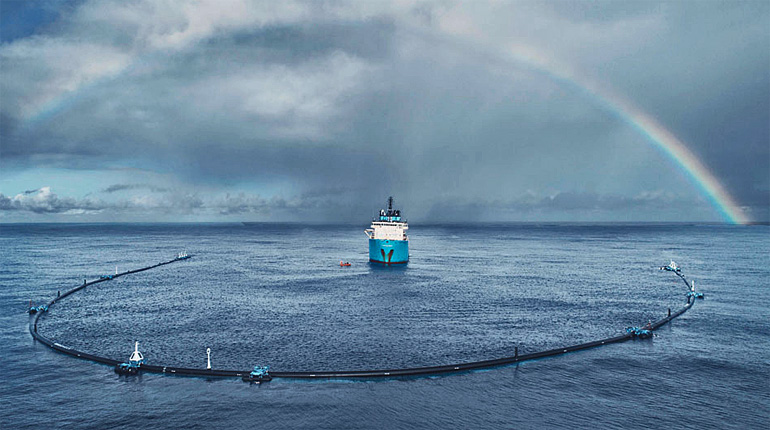 The Ocean Cleanup has collected its first plastic with the U-shaped floating system in the hearth of the Great Pacific Garbage Patch. This was reported by CEO Boyan Slat on his twitter account on 24 October. Slat also posted a picture of the first plastic ‘trapped’ by the boom. 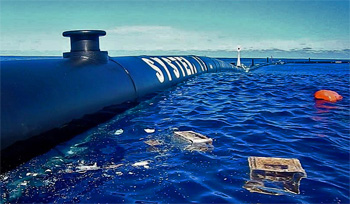 The first plastic 'trapped' by The Ocean Cleanup in the U-shaped floating boom in the hearth of the biggest garbage patch of the Great Pacific Ocean.

Special moment
The cleanup system arrived at the garbage patch on 17 October and within one day it was operational. ‘A big milestone that we have been waiting for a long time’, said project manager Henk van Dalen on the occasion.

The project started in 2014 when, then 19-year-old Boyan Slat, initiated a feasibility study for the removal of plastic garbage from hotspots in the Pacific Ocean.

Floating freely on wind and waves
‘During the trials we mainly tested the hydrodynamic behaviour of the systems’, Van Dalen continued in his update. ‘We let it flow freely so wind and wave could propel the system forward as we predicted’. Van Dalen: ‘We also reoriented the system, in order to see if it would reposition itself back into the way the wind and waves were acting’.

According to Van Dalen the weather changed during the trials so the system could also be tested under different circumstances.

‘We are still learning every day but we are very positive as we see great results’, he concluded his update.

Video report: project manager Henk van Dalen explains how the System 001 behaved during the trials on the Pacific that preceded the current real cleanup.