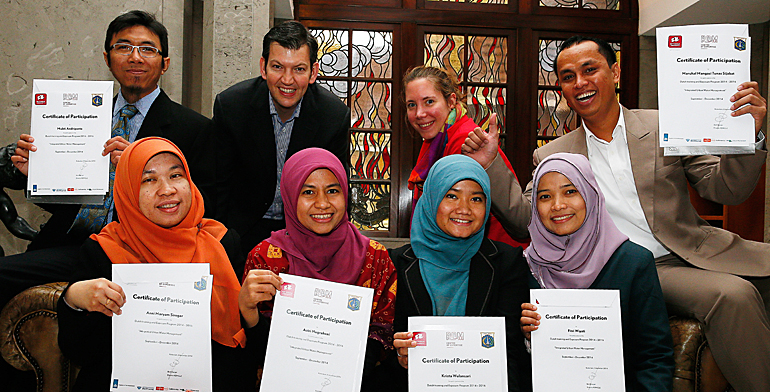 The Dutch Training and Exposure Programme Rotterdam-Jakarta (2014-2016) was launched in Jakarta, Indonesia, in September as part of the bilateral cooperation agreement between the cities of Rotterdam and Jakarta on integrated urban water management, including capacity building and knowledge exchange.

The programme will provide 24 participants from Pemda DKI Jakarta, the Jakarta Capital City Government, the opportunity to gain expertise during a three months internship in the Netherlands.

The next internship with six students will start in January 2015. 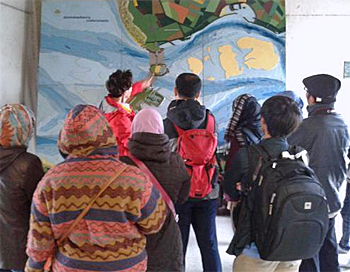 The staff can observe and participate in the daily operations of the City of Rotterdam and Water Board Delfland in the Netherlands. They can compare and learn how other organisations deal with similar problems in a different context.

Opportunity for young professionals
Andi Baso Mappapoleonro, head of the Regional Planning and Development board commented on the programme: "The Dutch training and exposure programme gives our young professionals the opportunity to enhance their competence in dealing with challenges that are typical for delta cities. They will learn best practices from the best Dutch engineers, practitioners, administrators and policy makers. These young professionals are the future policy makers of Jakarta, and we rely on their expertise to improve the city’s resilience towards many urban and environmental issues."

"This program is a perfect example of new ways of bilateral cooperation, in which higher education and the government work closely together in projects and programs and in which all organizations involved contribute something to make it into a success," said Nuffic Neso director Mervin Bakker.

The first batch departed for the Netherlands in September 2014 and the last batch will return in May 2016.

The Dutch Training & Exposure programme Rotterdam-Jakarta is supported by the Embassy of the Kingdom of the Netherlands in Indonesia and the municipalities of Jakarta and Rotterdam, Rotterdam University of Applied Sciences and Nuffic.

This news item is based on a release on the websites of the city of Rotterdam (in Dutch only) and Netherlands Embassy in Jakarta Indonesia.