The team received the Indonesia-Netherlands Young Water Talent Award from Dutch Minister for Infrastructure and the Environment, Mrs. Melanie Schultz van Haegen in Jakarta on 2
April.

The Holland Water Challenge is a competition that inspires international young water talent to take an active role in finding innovative and sustainable solutions to real-life delta and water problems. Countries where the competition has been held so far include China, Singapore, Australia, Vietnam and the Netherlands. 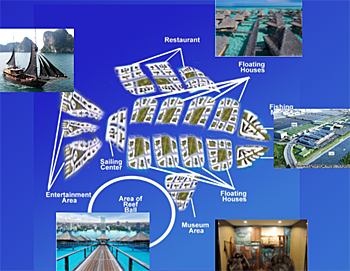 The Integrated Floating Village offers not only floating housing for the fishing communities but also additional sources of income as the village will host a large fish market, restaurants and various aquatic tourist attractions.

In recognition of the important national role of fisheries in Indonesia, the village will have a fisheries museum and an artificial coral reef to raise environmental awareness with visitors.

Next generation water experts
On behalf of the judging committee, Dr. Ir. M. Basoeki Hadimoeljono, Director General of Spatial Planning of the Indonesian Ministry of Public Works, praised the excellent work done by all teams. In his jury report he emphasized the importance of listening to the voice of the next generation and encouraged the students to continue helping Indonesia create a bright water future.

Under the theme Ports and Coasts Indonesia: People, Planet & Profit, the teams were challenged to address different dimensions of sustainable development.

The teams were supported by experts from Van Oord, Deltares, BAM International and Royal HaskoningDHV.

All participants and their Dutch mentors. 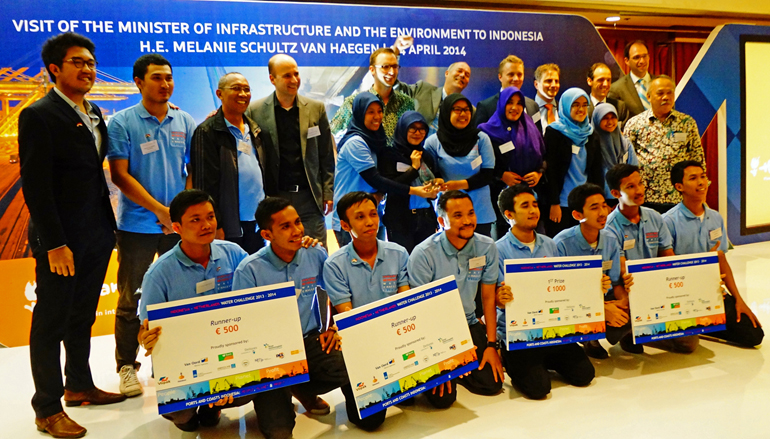