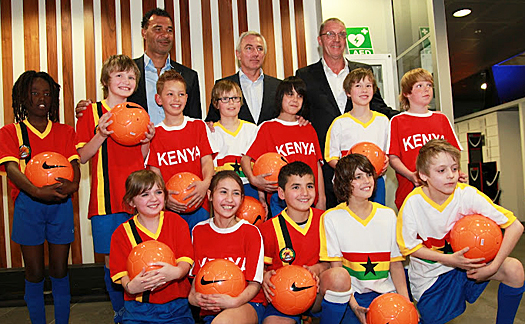 The project was launched during a special celebration of World Water Day at Wageningen University on March 22.

The other parties to this public-private partnership are UNICEF, Simavi, Vitens Evides, Aqua for All and AKVO. ‘This is a first-rate example of public-private cooperation,’ said state secretary Knapen. 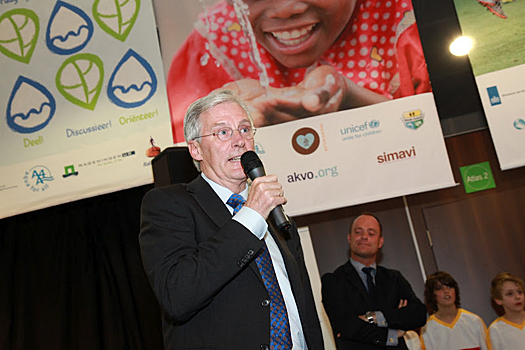 Teaching not only football
With the initiative ‘Football for water, sanitation and hygiene’, the KNVB has made a flying start. This programme will provide clean drinking water and sanitation to pupils at 1,100 schools in Ghana, Mozambique and Kenya.

Additionally over 700.000 students will be advised on water and hygiene. This is part of Worldcoach project that teaches students in developing countries not only football but also ‘life skills’ such as respect, cooperation and decision making.

Extra chapters Life Skills manual
For the occasion of the water project the WorldCoaches Life Skills Manual .has been extended with five chapters on water and hygiene.

Worldwide over 500 football coaches are involved in the WorldCoaches project. 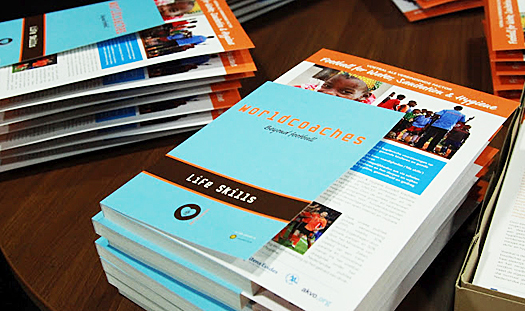 High expectations
In the case of the KNVB’s public-private partnership, the Dutch government will contribute 3.4 million euro annually in the first four years, and the private partners will double that amount. After that, the project should be able to run without government funding. Knapen is counting on more good pps-projects on water and sanitation (WASH). ‘If I’m right, around 40 parties are already drafting project proposals. I have high expectations of them.’

Secretary of State Ben Knapen endorsed the importance of water management in the future. Netherlands has under him a lot of knowledge on water management. Knapen launched a Sustainable Water Fund, where this year 50 million euro.

Famous Dutch football players
Also present at the celebration of World Water Day 2012, the Prince of Orange and Dutch football personalities Ruud Krol, Ruud Gullit and Ben van Marwijk congratulated the organisations and wished them all the best working together.

The Prince said he was delighted to see two important strong Dutch ingredients working together: Water and Football.