During the opening ceremony of the Amsterdam International Water Week on 2 November, the winner of the special Sarphati Sanitation Award for young entrepreneurs will be announced.

The nominees have been selected for their innovative solutions to solve the worldwide sanitation problem. They are considered inspirational examples of how the challenge of providing proper sanitation for everyone can be tackled - goal #6 of the Sustainable development goals - simply by taking a business approach. 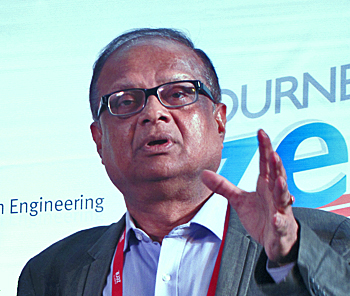 Dr. Kamal Kar will receive the 2015 Sarphati award for a lifetime achievement.

New second prize
This year also a second prize will be awarded, the Sarphati Sanitation Award for a lifetime achievement to give poor people access to saniation.

The winner of this award is already known, as a jury has voted - unanimously - for Dr. Kamal Kar, founder of the Community led total sanitation (CLTS) Foundation.

His foundation helped create a paradigm shift that has positively influenced the behavior of millions of people.

In thousands of villages throughout Asia, Africa and Latin America, people have started building their own toilets and helping their peers to do the same, in order to make entire communities free of open defecation. 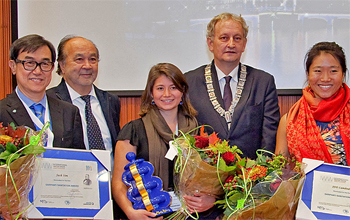 The Sarphati Sanitation Award for lifetime achievement was handed out for the first time in 2013 to Kenyan-based Sanergy for their development of a low-cost toilet. Sanergy received a cheque of 50.000 euro.

This year, Bosman Water Management and New Venture Fund have joined the sponsorship team, enabling the awarding of a second prize for young entrepreneurs.

The Sarphati Sanitation Awards are named after Dr. Samuel Sarphati, an industrious entrepreneur and health practitioner who started a profitable business in the 19th century to free Amsterdam of human waste by transporting it out of the city and to be used as fertilizer for crops such as wheat, which was in turn supplied to a low-cost bread factory. His initiatives
greatly improved the quality of life of poor people in the city.

In 2013 Sanergy won the Sarphati sanitation award. Co-founder David Auerbach explains the impact of this for his organisation.