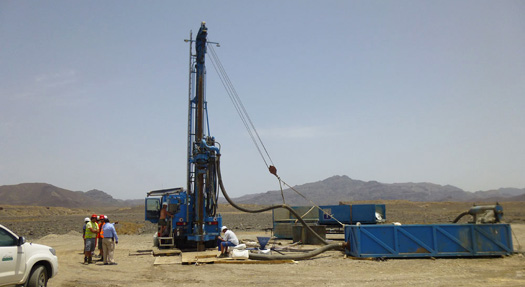 Fugro Consult GmbH completed an update on a hydrogeological study on behalf of the Canadian mining company Allana Potash Corp.

The study is part of the Dallol Potash project consisting primarily of ground geophysics and water well drilling, has delineated a significant water reservoir.

Potash is mineralization at depth between 75 and 200 metres below surface. Potash refers to potassium chloride, muriate of potash (MOP), that is mainly used for the production of fertilizers and glass.

Fresh water aquifer
The ground geophysics surveys included the measuring of resistivity and outlined aquifers in the alluvial fans extending from the Ethiopia Highlands into the Danakhil Depression. The surveys identified a surface zone approximately 20 metres thick predominantly underlain by a fresh water aquifer which is underlain by a slightly brackish aquifer.

The two aquifers have a combined thickness of 30-40 metres. Fugro has estimated that the water reservoir contained within the aquifer on the Allana licenses to be approximately 160 Million cubic metres.

Well field development
Pump tests on the large diameter pumping wells yielded flows of up to 150 cubic metres per hour from the production wells. Long term pump tests of 168 hours drawing 100 cubic metres per hour down to a depth of a few metres. The pumping tests show that the groundwater table recovers rapidly and completely at the end of a test indicating it is suitable for well field development.

Estimated recharge rates
Basin analysis and investigation of rates of precipitation in the catchment areas of the Ethiopian Highlands west of the project area allows for estimation of the annual recharge rate in the Dallol region and more specifically in the alluvial fans located on the Allana license area. In addition, by monitoring water levels in observation wells, as initiated in March, 2012, the recharge rate can be estimated. 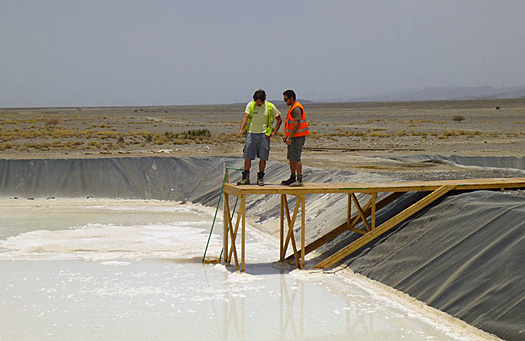 Expand potash production
Farhad Abasov, President and CEO, commented: "Allana is extremely pleased that the hydrogeological studies in the alluvial fan area have outlined a significant water reservoir and significant yearly recharge. With annual consumption estimated at 16 million cubic metres of water per year for a 1 million tonnes per year MOP operation, the recharge rate alone is adequate to expand future production to 2-3 million tonnes per year of MOP. Delineation of these water resources marks an important milestone for Allana's potash project and has further de-risked the project as sufficient water has now been identified for operations."

About Allana Potash Corp
Allana is a publicly traded corporation with a focus on the acquisition and development of potash assets internationally with its major focus on a previously explored potash property in Ethiopia.

Urbanization and the possible effects of climate change have increased demand for water and water resources management. We support our clients in assessing and understanding the nature of these challenges and advise on risks and mitigation measures.

Fugro is one of the world's leading engineering companies in the collection and interpretation of data and the provision of advice related to the earth's surface, the sea bed and the soil and rocks beneath. With 13.500 employees stationed in over fifty countries we can operate locally, yet offer international experience stretching back for more than 45 years.

This news item was originally published on the websites of Fugro Water Services and Allana Potash Corporation.