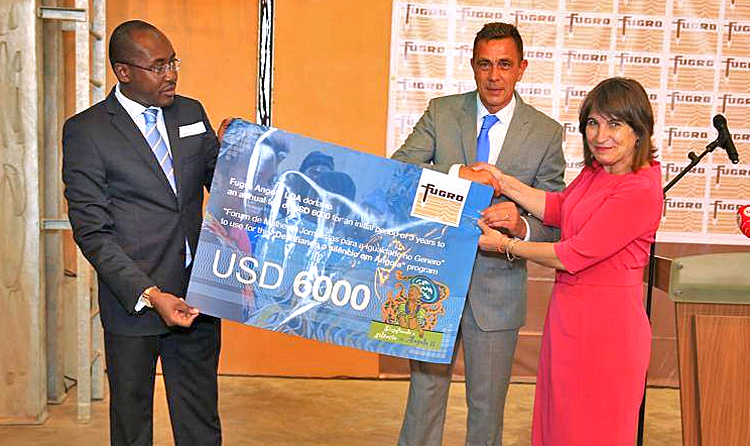 To accommodate the future needs of the rapidly growing Angola offshore oil and gas industry, Fugro has opened a new facility in Luanda, Angola on 10 July.

Angola is now the second largest oil producer in Sub-Saharan Africa, after Nigeria.

On the occasion Fugro Angola donated 6,000 USD to the ‘Challenge the Silence’ programme of the Forum de Mulheres Jornalistas para a Igualdade no Gener, which raises awareness of gender equality and domestic violence in Angola.

Office, equipment storage and laboratory
"Our new site demonstrates Fugro’s strong commitment to the Angolan market", said Ms Christina Brokahne, Managing Director of Fugro Angola as she took Mrs Ploumen and guests on a tour of the facility, which comprises a building area of approximately 7,000 m2.

Attached to the office building is a large warehouse facility of 2,500 m2 with a 20-ton overhead crane and ample storage space, as well as workshops for equipment testing and maintenance, a dedicated area for subsea equipment and ROV tooling and a large state-of-the art geotechnical laboratory.