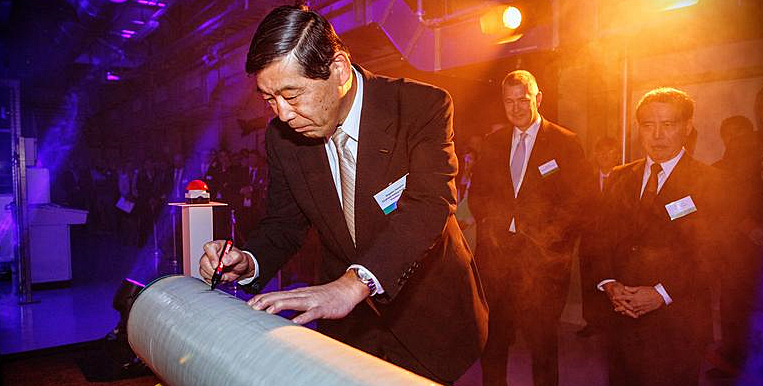 The opening of the new production line is a new step for Fujifilm, as the membranes are a new product and also a completely new market. One of the applications is for the production of 'blue energy' that retrieves electricity from different salt concentrations in salt and fresh water.

Innovation: thin layer coating
Due to the increase in digitization, Fujifilm decided to focus more on the development of alternative products. The company used for this purpose their knowledge and experience which was accumulated by the production of photo paper, colour negative film and offset plates.

With each of these product groups, a thin layer of coating is placed on a bearer, a core technique which Fujifilm is now continuing to use in the production of membranes. 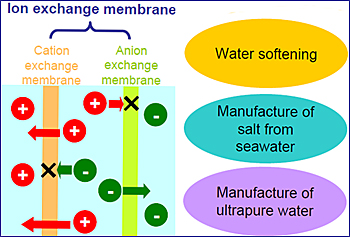 Ion exchange membranes
Over the past years, Fujifilm has developed a new technology platform, whereby different types of membranes can be produced for water and gas separation.

The developed membrane technology platform is also applicable for the production of so-called ion exchange membranes. These are membranes suitable for water purification.

These ion exchange membranes can also be used for the generation of 'blue energy', an alternative energy source, resulting in energy generation from the difference in salt concentrations between salt and fresh water.

At this moment, there are ongoing tests, with among others a trial installation at the Afsluitdijk (Closure Dam) in the Netherlands.

New water purification plant
The purification of gasses or water fits well in the sustainable business operations at Fujifilm. The company works continuously on the preservation of products and processes. For example the five wind turbines on the site and the afterburner for waste gasses in the offset plate factory.

In the autumn of this year, a start will be made with the water purification plant on the Fujifilm site, which is a joint venture with neighbouring companies to purify their waste water.

Fujifilm Tilburg produces aside from membranes, also photo paper and offset plates and has its own Research Laboratory.

This news item was originally published on the website of Fujifilm.