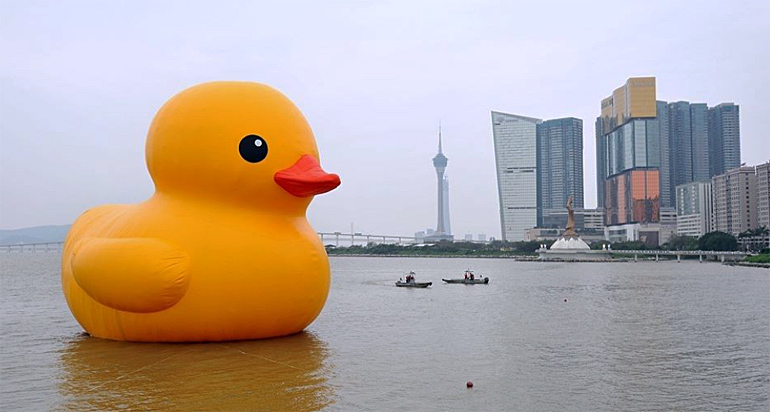 Invited by the Macao Culture Creativity & Arts Association, the 18 m high sculpture will be on display in the harbor of Macao till 27 May.

Dutch artist Florentijn Hofman designed the rubber duck for his 'Spreading joy around the world tour' in 2007. His first rubber duck, on display in Saint Nazaire, France, was the tallest rising to 32 m high. 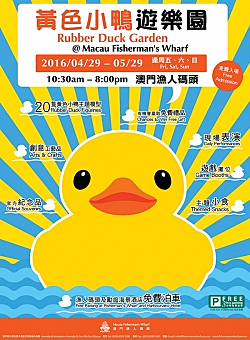 Announcement of the floating rubber duck to arrive in Macao, China.

Hearts and minds of Macao people
According to Hofman his extraordinary sculpture immediately connects people worldwide to their childhood.

The organizer, Macao Culture Creativity & Arts Association, hopes that the rubber duck will capture the hearts and minds of the people of Macao and inspire their cultural creativity.

China tour
The Rubber Duck Tour China is part of the grand plan, which essentially is to display contemporary art in public to create a more open approach to art and public spaces.

Everywhere she is a favorite on social media.

Report by CCTV on the previous appearance in China, in Shanghai in October 2014.