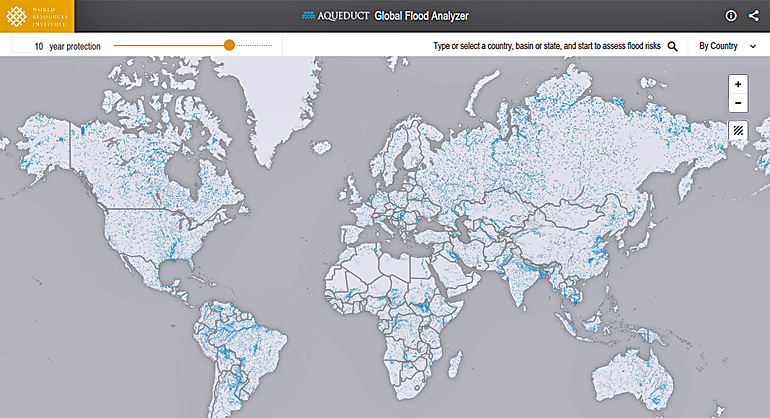 Nowadays river flooding annually affects 21 million people worldwide. Due to climate change and socio-economic developments this could double to 54 million people by 2030. This is one of the outcomes of the Aqueduct Global Flood Risk Analyzer that was launched by the US-based World Resource Institute (WRI) on 5 March.

WRI published the analyzer on a website that indicates the potential damage by river floods in the next fifteen years. This Global flood risk analyzer is developed in cooperation with Dutch research institute Deltares, VU University Amsterdam, Utrecht University and PBL Netherlands Environmental Assessment Agency.

By 2030, those numbers could grow to 54 million people and $521 billion in GDP affected on average in a year. 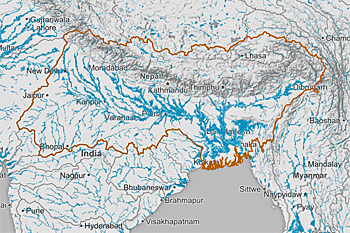 Of all river bassins, the flood plain of the Ganges-Bramaputra bassin will face the biggest impact by climate change and urbanization.

Quick risk assessment
The Dutch institutes played an important role in analyzing all datasets and is responsible for the flood simulations in the tool. This includes the use of the Global flood risk model with image scenarios (GLOFRIS) developed by research institute Deltares.

GLOFRIS enables a quick assessment of current and future global river flood risks. It is a new approach to modeling, making a dynamic flood risk assessment at a scale of 1×1 km2 for any region in the world using a global hydrological model and spatial datasets of population, land-use, and infrastructure.

Outside research arena
Hessel Winsemius of Deltares: “ Through the Global Flood Risk Analyzer, our complex data becomes available to a non-specialist audience, far beyond the research arena. The Analyzer transforms “data” into actionable information, informing users which developments in their region are causing risk to increase and the advantages flood protection may deliver.” 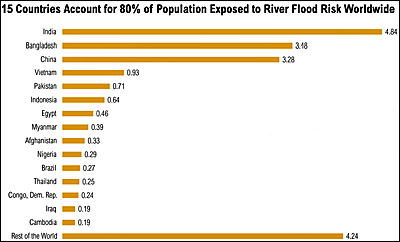 The tool estimates future risks as well. While 21 million people are affected annually now, that number is projected to increase roughly 2.4 times to 54 million by 2030, driven largely by climate change.

Tool for awareness and action
The risks may increase, but public and private sector decision makers can do more to prevent catastrophic damage before it happens. The Aqueduct Global Flood Risk Analyzer’s global-scale risk assessments have a wide range of potential applications:
• development and financing organizations for prioritizing investments in promising natural disaster risk-reduction strategies
• disaster risk-reduction monitoring organizations to evaluate baseline risk conditions and monitor progress of risk reduction activities
• insurance companies identify risk trends across their portfolios and explain the importance of insurance to potential clients
• companies to assess risks to their manufacturing facilities and supply chains and prioritize locations for further analysis and risk mitigation actions.

Expansion of analyser
According to Winsemius the capabilities of the analyzer will expand significantly in the project's later stages. He expects that global coastal flood risk will be assessed as well.
Also the use of data on interventions that reduce flood risk, such as dikes, emergency water-retaining systems, mangrove reintroduction, improved land-use planning and building codes can be added.