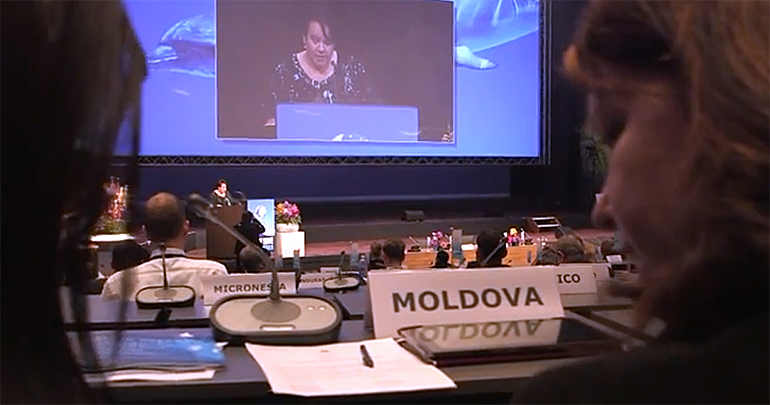 "Do we dare to fish smarter today and do we dare to preserve our natural resources today, tomorrow and in the future? That’s the 9 billion people question." With these words Dutch minister for Agriculture Sharon Dijksma (top photo) opened the Global Oceans Action Summit for food security and blue growth.

The summit takes place in The Hague, the Netherlands from 22 - 25 April and aims to bring global attention and increased investment into addressing the 3 key threats to ocean health and food security: overfishing, habitat destruction and pollution. 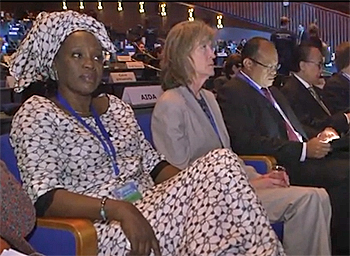 Balance ecology and economy
The summit addresses the urgently needed coordinated action to restore the health of the world’s oceans and secure the long-term well-being and food security of a growing global population.

Key issue for debate is an action plan to stop overfishing. The delegates at the summit are challenged to find a compromise on 'blue economy' that combines food, jobs and opportunities for development provided by ocean and coastal assets.

"Joint urgent action of the global community is needed to address the threats facing our oceans", minister Dijksma who hosts the summit. "Local innovations to balance ecology and economy at sea must be identified and put into practice in other regions. The Global Oceans Action Summit in The Hague provides the opportunity to make a difference". 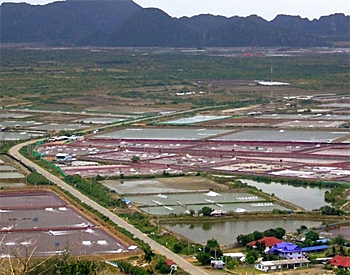 Feed 9 billion people
"Healthy oceans have a central role to play in solving one of the biggest problems of the 21st century – how to feed 9 billion people by 2050," said Árni M. Mathiesen, Assistant Director-General for Fisheries and Aquaculture at the United Nations Food and Agriculture Organization (FAO). "However, we need to act now at the speed and scale necessary to meet the challenges we face by joining forces with all stakeholders, fostering partnerships and spurring sustainable growth."

Over 500 delegates attend the summit, including more than 60 ministers, CEOs and leaders from civil society.

Hosted by the Government of the Netherlands, the summit is co-organized by the World Bank, FAO and the Governments of Grenada, Indonesia, Mauritius, Norway and the United States of America.