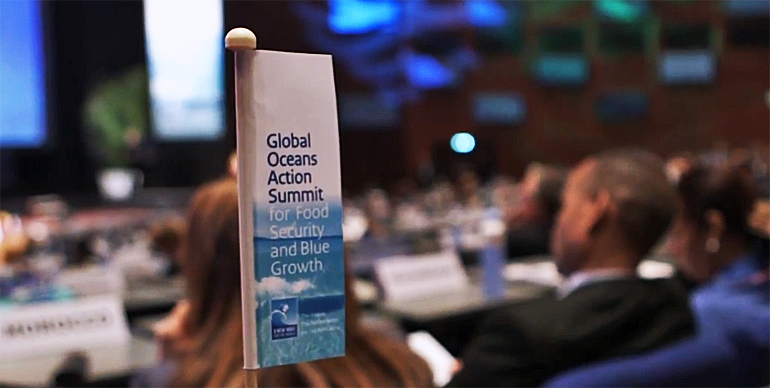 One of the concrete actions adopted at the Global Oceans Action Summit in The Hague, the Netherlands on 25 April is to develop a stand-alone sustainable development goal (SDG) for oceans.

Some 600 ocean stakeholders – including 80 ministers from across the world, ocean science experts, business leaders, philanthropists and heads of international organizations, participated in the summit to tackle the key threats to the world’s oceans: climate change, overfishing, habitat loss and pollution.

A stand-alone SDG-goal for healthy, productive and resilient oceans, ties in with the United Nations efforts to establish a new agenda for global sustainable development. By late 2015 the UN intends to decide on a new set of goals, as the current Millennium Development Goals come to an end.

From courage to action
Drawing up the conclusions ended a week of high level roundtable discussions in The Hague. Dutch Minister for Agriculture and chair of the summit, H.E. Sharon Dijksma, said about the result: "This week the world didn’t just show courage; it showed especially that it is ready for action to tackle overfishing, climate change and pollution. That is exactly what the world needs right now, as only then will healthy oceans still be able to provide fish for hundreds of millions of people after 2030." 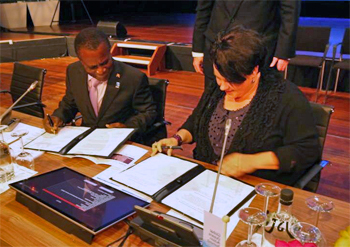 New partnerships
A number of new partnerships were announced at the summit. For the Netherlands this included participation in the Coral Conservation Partnership with Grenada, Caribbean. The Netherlands will support a project for the conservation of coral and fish, that simultaneously will ensure further growth of tourism and fishery.

Minister Dijksma initiated the partnership with the Prime Minister of Grenada Dr. Keith Mitchell. Dijksma: "Grenada has the courage to pursue a long-term vision. The islands are serious about protecting fragile coral. This requires knowledge in many areas, such as climate change and sustainable fishery. The Netherlands has this knowledge in house and we will work together to improve conservation and economic growth in the Caribbean."

Another partnership announced at the summit by the Netherlands is a joint study with the World Wildlife Fund into the effectiveness of international 'Marine protected areas'.

Next summit in June
The next World Ocean Summit will be chaired by US Secretary of State John Kerry on 16 and 17 June 2014. Kerry addressed the participants in the Hague via a video link: "We look forward to the results of the Global Oceans Action Summit. And we will continue this work at the next oceans conference in June in the United States". Protecting our oceans and food security is a top priority for the US Secretary of State Kerry and for the world. "We all need to work together on this challenge", he said.