PWN Technologies has been awarded a distinction for Water Project of the Year at the Global Water Awards 2015 for its Andijk III pretreatment plant in the Netherlands.

The Global Water Awards are annually presented at the Global Water Summit for the most important achievements in the international water industry within several categories. 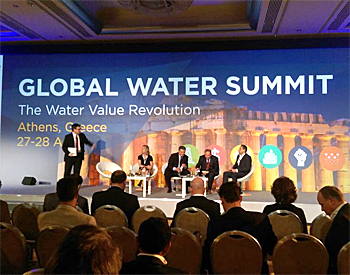 Water project of the year
The new pretreatment plant at the Dutch water supply station Andijk had been nominated with three other innovative water supply projects, including a US aquifer storage and recharge (ASR) project, a US third-stage RO process project, and a Canadian complex expansion project.

According to the announcement of the nomination the Dutch Andijk III project had been selected because it is the world's first water supply plant with large-scale integrated ion exchange and ceramic membrane filtration.

The project marks a crucially significant milestone for the arrival of ceramic membranes, a product that had previously been considered an expensive option, but which is now a serious contender in terms of offering an extended lifetime versus conventional membranes, as well as reduced cleaning costs, and resistance to backwash pressure. 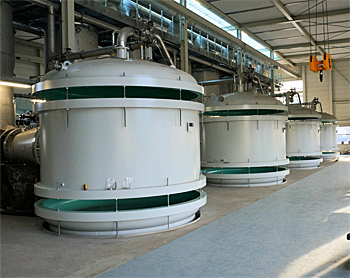 High-spec water supply facility
The combination of ceramic membranes and suspended ion exchange results in water that can be treated at a significantly lower cost, while avoiding issues of coagulation and fouling at the ceramic membrane stage. Advanced oxidation ensures the full elimination of potentially hazardous substances from the resulting permeate.

The installation of Andijk III as a high-spec pretreatment facility extended the lifetime and reduced the energy footprint of the existing plant, and also resulted in a significantly reduced need for treatment and cleaning chemicals, making the existing infrastructure a far more environmentally compliant asset for the client, the PWN Water Supply Company North-Holland.