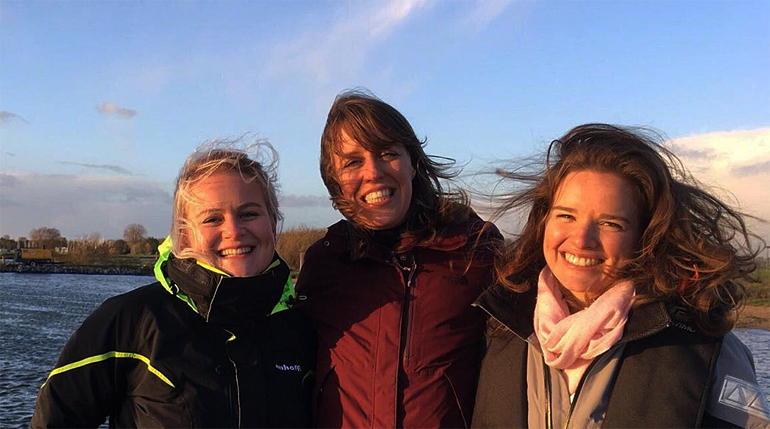 ‘We stop plastic pollution in rivers close to the source before it reaches the ocean’. This is what the creators of the Great Bubble Barrier, Anne Marieke Eveleens, Francis Zoet and Saskia Studer, want to achieve. On their website they started a crowfunding campaign to raise money for their first real Great Bubble Barrier, an innovative plastic capture system for running surface water.

The team recently completed an initial test with the concept of an air bubble screen and a conveyor belt at the mouth of the IJssel river, near Kampen, the Netherlands. 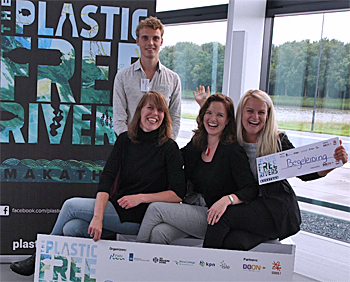 Successful first pilot
According to the three co-founders, the pilot with the first prototype went well. Reportedly, the screen of air bubbles pushed plastic waste to the surface and to the side of the river where it could be collected easily.

The pilot on the IJssel river was supported by the Dutch national water authority Rijkswaterstaat, and civil engineering companies BAM and Van den Herik.

The control and the positioning of the air screen have been test at the laboratorium of research institute Deltares in Delft, the Netherlands.

No hindrance
The main advantage of this concept, is that the air bubble does not pose any hindrance, both for shipping and for water life.

The team believes the plastic problem can only truly be solved when people start treating their environment with respect, and a lot less plastic packaging is produced. 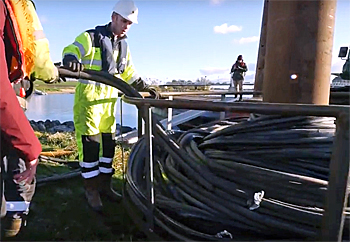 Placement of the air injection hose for the pilot.

In the meantime, an average of 8 million tons of plastic is added to our oceans every year, of which 80 percent is coming from land.

Ten biggest polluting rivers
By placing the Great Bubble Barrier at river mouths, the team aims to block as much plastic as possible and contribute to cleaner and healthier oceans and rivers.

The team wants to upscale the concept and place Great Bubble Barriers at the mouths of the world’s largest rivers that contribute to the ocean’s plastic soup.

The goal of the crowdfunding campaign is to raise 100.000 Euro to get the first barrier operational.

Initial experiments with the air screen at the laboratory of Deltares in 2017.

Images of the pilot at the mouth of the IJssel river near Kampen, the Netherlands, in November 2017.

In support of the crowdfunding campaign, co-founder Francis Zoet explains (in Dutch only) the concept of the Great Bubble Barrier.