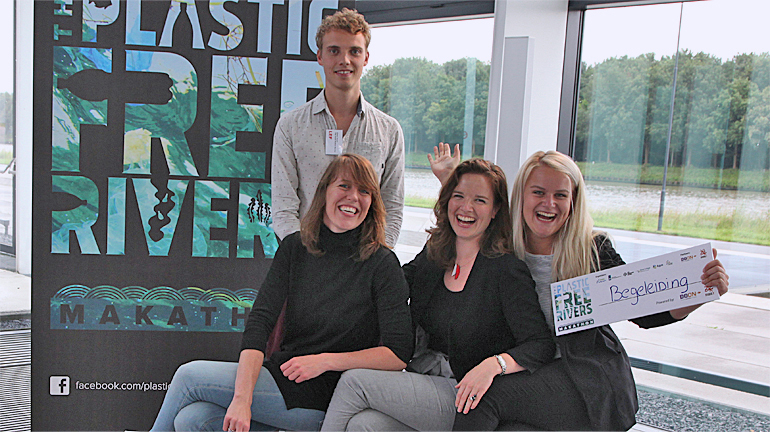 The concept of a bubble screen to get plastic to the surface of a river, won the final of the Plastic free rivers makathon 2016, that was held in Utrecht, the Netherlands on 1 July.

The Great bubble barrier team was one of the three finalists to come up with a solution to the great problem of plastic waste in rivers. The team will be supported to start a pilot on the Dutch IJssel river.

Second place was for the Microbead team using a apolaire water filter and third place was for Dooms prepper sailors that developed an awareness raising game. 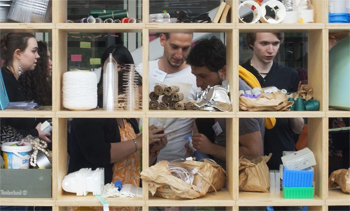 A makathon is about making a prototype, so participants started to collect materials they thought necessary to be able to construct their solution.

From ideas to prototypes
The makathon was initiated by Dutch water supply company PWN and national water authority Rijkswaterstaat. Both regard the increase of plastic litter in rivers a direct threat to marine life and the health and safety of people.

The competition started off with a Design Thinking on 24 May where the first ideas were born. The second meeting was hosted by the 3D-Makerszone where participants could use 3D-printing technology to work on the design of their ideas and build a prototype.

At the end of this meeting the teams had to pitch their prototype, including a business plan. Seven were invited to further develop their idea for the Makathon's final. 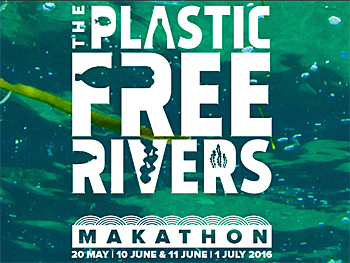 Winning solutions
The seven finalists developed different solutions to achieve macro and micro or plastic waste from the water.

The innovation board selected the Great Barrier Bubble as the winning concept.

On the occasion of the announcement board president Pieter Janssen of Rijkswaterstaat praised the concept: "This solution uses proven and successful technology and can be used for the whole river system."

Promo video for the makathon