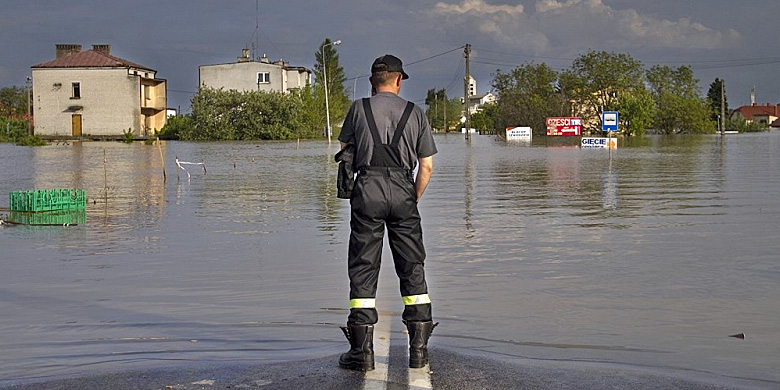 The flood risk plans will cover the whole of Poland and at least 15,000 km of the country’s rivers.

Two other partners in the consortium are the Polish Institute of Meteorology & Water Management (leading) and the Danish consultancy firm DHI Group.

European flood directive
River flooding is the most destructive natural hazard in the Baltic Sea Basin in general and in Poland in particular. Flood risk management and flood resilience became major issues following the dramatic floods in Poland in 1997 and 2010, when dozens of people were killed.

The NWMA now intends to reduce the potential negative impact on human life and health, the environment, the nation’s cultural heritage and economic activity.

The consortium has been asked to assess all potential flood risks and to map those risks conform the European Flood directive. Additionally cost/benefit analyses will identify the most efficient measures to reduce flood risks along all Polish rivers. 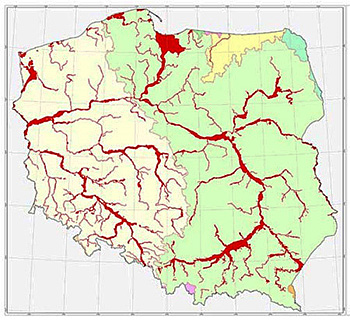 A general flood risk map of all Polish rivers.

Unique in scale
According to Grontmij’s Country Managing Director in Poland, Maciej Chrzanowski: "We are delighted to be appointed for such a comprehensive and important project, unique in its scale and complexity in our country. It’s further proof of our strong business position in Poland."

Complex river issues
Arcadis' Market Sector Leader Delta Technology David van Raalten also highlights the importance of the project. "The implementation of the European Flood Directive is a hot issue in all member states. Yet, it is very complex as flood risk reduction is not easy. Flood prevention measures can result in new problems elsewhere. Working on a national scale has the advantage that potential measures are better integrated and upstream and downstream effects are taken into account as well."

Van Raalten is currently involved in two Polish local flood risk management projects on the Tuga river, near the coastal city of Gdansk. "The responsible water authority there did not want to wait for this national project and asked us to start the first risk assessments. These projects are now in full swing and we gained much experiences for the start up of this national project."

It will take the consortium 1,5 years to draft all the plans. The contract is valued at 10 million euro.

This news item is based on the original press release on the website of Grontmij.