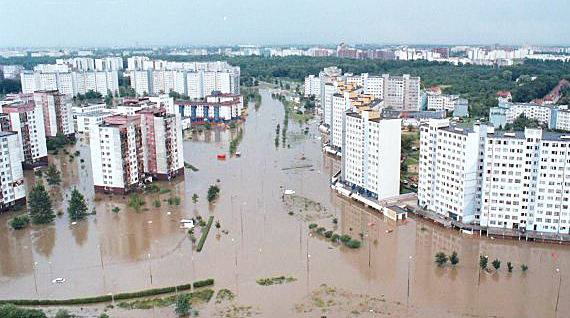 Engineering firm Grontmij continues its contribution to an extensive programme centred around the city of Wroclaw to protect an estimated 2.5 million inhabitants from frequent flooding.

The navigable Odra (Oder) River is the cause of frequent catastrophic flooding, most recently in 2010 but with devastating effect in 1997.

The new assignment is an extension of the original assignment agreed in late 2012. The programme will continue until 2014. The extension has a project value for Grontmij of 2.8 million euro.

Design flood protection works
The overall programme is designed to modernise and improve the existing floodway system for the Lower Silesia Board for Amelioration and Water Structures in Wroclaw (DZMiUW). Grontmij’s role as consulting engineer is to design the improvements of the flood protection works.

Furthermore, in a joint venture with Artelia and Ekocentrum, Grontmij is responsible for monitoring, evaluation and supervision of the environmental management plan and overall project management.

Reduction of peak flows
"It is a comprehensive assignment," confirms Maciej Chrzanowski, Country Managing Director of Grontmij in Poland. "The whole region floods regularly, especially in the spring. The programme will reduce the peak flow of the Odra and improve the efficiency of the existing flood protection, also by increasing the capacity of the river channels that run through and near Wroclaw. However, this is very much a cross-regional project and will positively impact the whole country. We are absolutely thrilled to be part of one of Poland’s biggest ever flood protection schemes."

About Grontmij
Grontmij is a recognised expert in the water industry with extensive experience in the field of flood protection. Grontmij is currently leading the European Star-Flood programme aimed at strengthening and redesigning flood risk practices.

Grontmij is frequently brought in to manage flood protection systems. Grontmij was appointed to carry out a coastal development plan for Jakarta in Indonesia and was awarded the design flood modeling for the city of Bodrum in Turkey last year.

This news item was originally published on the website of Grontmij

Aerial view of floodings in Wroclaw in May 2010.