The Water Technology Company of the Year award honors the company that has made the most significant contribution in the water technology field during the past year. In addition to Norit, Global Water Intelligence (GWI) nominated three other companies for this category, including GE Water and Paques. The winner was chosen by the readers of the GWI and the Water Desalination Report and the members of the International Desalination Association (IDA) and the International Private Water Association.

Norit was nominated for this award because if its strong focus on innovation and sustainability. In addition, while growing from a small company into a global corporation Norit kept its innovative creativity while other companies failed to do that. Last but not least, Norit succeeded in breathing new life into an old technology – activated carbon – and pushing a new technology – ultrafiltration – further than it has been taken before.
“Receiving this award is a great achievement for Norit and confirms that our strategy of investing daily in development and growth is acknowledged by the water industry,” said Menno M. Holterman after the ceremony. “I would like to thank all our staff for making this possible. Congratulation to all of you for winning this prize.” 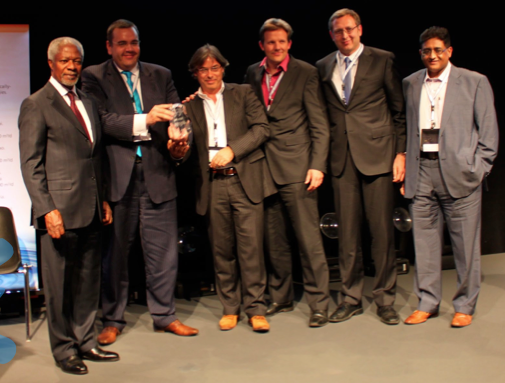