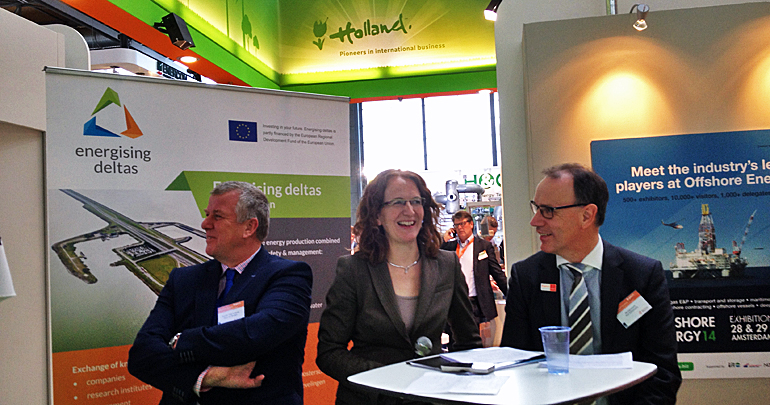 The project was present at the Holland Energy House by Hans van Breukel (left on photo) of Tocardo and Piet Ackermans (right) of Antea on 9 April.

They announced that last week the European Union decided to integrate the Energising Deltas project in the European Innovation Partnership on Water (EIP) programme.

The Netherlands is the official partner country for the 2014 Hannover Messe. Themed Global Challenges, Smart Solutions, some 270 Dutch companies show their latest novelties, many of which related to sustainable energy. 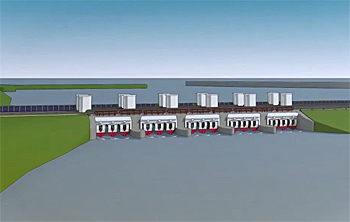 Impression of the 32 km long closure dam Afsluitdijk that needs to be reinforced and is planned to become a show case of tidal energy and blue energy.

Energy producing levees
For low-lying river deltas it is inevitable to be protected by levees. The Netherlands has some 14.000 km and many sections need to be made climate proof. The Dutch government challenged business and research centres to generate new concepts for climate proof levees that can be integrated in their surroundings and can be multi-functional.

In a more classical way this is possible by placing wind mills or solar panels on the levee, but the initiators also regard tidal energy and blue energy as highly potential.

Tidal energy is a form of hydropower that converts the energy of tides into electricity. Blue energy generates electricity through the convergence of both fresh and salt water, for instance by using ion selective membranes with salt sea water is one side of the membrane and fresh water (with a much lower salinity) on the other side. 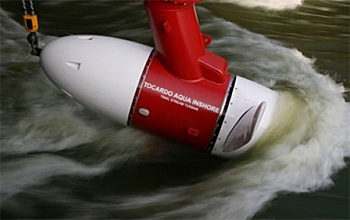 Tocardo is the first company to deliver turbines that are specially designed for tidal energy.

Various stages of development
During the presentation of the Energising Deltas project CEO Hans van Breukel of Tocardo emphasized the enormous potential of the innovative concept of energy producing levees.

Technically tidal energy and blue energy are the most challenging.

"The development of tidal energy is at a different stage then blue energy", Van Breukel explained. "We are already exporting our tidal energy turbines worldwide, whereas for blue energy the first pilot installation has started up only recently." 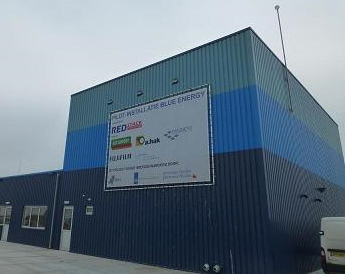 "A big advantage over wind and solar energy, is that we can predict the real electricity production any time in the future", Van Breukel added.

In close cooperation with national and local water authorities, Dutch showcases have been defined in existing levees for full-scale technological roll outs.

Worldwide both tidal energy and blue energy have an estimated potential of 2000 GW.