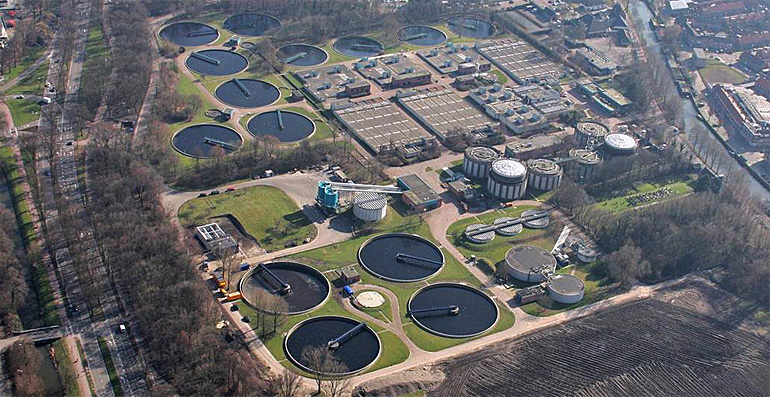 Dutch constructors Heijmans and GMB have been contracted by water board De Stichtse Rijnlanden to build a new municipal waste water treatment plant in Utrecht.

The project comprises the design, construction and 10-year maintenance of the plant. The DBM-contract (design, build, maintenance) is valued at over 120 million euro.

With an average capacity of 430.000 population equivalent and 64.400 m3/day it will be the largest Nereda plant in the Netherlands.

The installation will be designed to handle a peak flow of 13.200 m3 per hour. 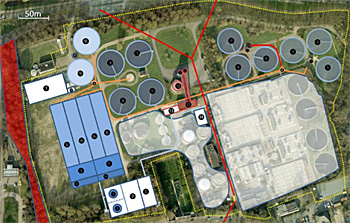 Reduced space (marked in grey) for the mUCT technology that was considered as an alternative. 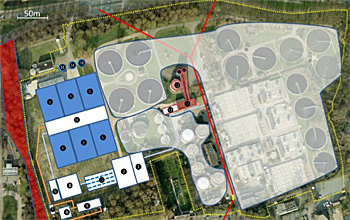 Reduced space with Nereda-technology that does not require large settling tanks.

Stringent effluent criteria
Heijmans-GMB were awarded the contract by De Stichtse Rijnlanden on the basis of its choice for a compact plant that makes use of Nereda technology to purify the municipal waste water, meeting stringent effluent requirement.

The new wwtp will remove twice as much nitrogen and phosphate from the water, and is 30 per cent more energy efficient compared to the current plant.

The existing plant will be removed from service once the new plant has been commissioned.

Big step scaling up Nereda technology
For supplier Royal HaskoningDHV it will be an important new step in scaling up its Nereda technology. The biggest Nereda-plant in the Netherlands at this moment is wwtp Gamerswolde with an average daily flow of 30.000 m3 and a calculated capacity of 140.000 p.e.

In the Netherlands nine Nereda-plants are currently operational of which four are municipal and five industrial.

Under design in Brasil is even a larger Nereda plant. Next year the Nereda installation at wwtp Jaboatao, Recifi will be commissioned and will have a daily average flow of 109.683 m3 and 858.333 p.e.

This news item is based on an original publication at the websites of GMB (in Dutch only) and Heijmans.