The Dutch government has appointed Henk Ovink (47) as the first Special Envoy for International Water Affairs for the Kingdom of the Netherlands. In his capacity as thematic ambassador, Ovink reinforces Dutch ambitions in the water domain; he contributes to boosting the international market position of Dutch know-how and expertise.

Leaders in integrated water governance
Henk Ovink is honoured to be the first incumbent of this new position: "Worldwide, water is a connecting issue. With its integrated approach to water shortages, water safety, water quality, logistics and transport, the Netherlands make the difference across the globe. We are leaders in the field, which is welcome, but that also obliges us to continue to invest and innovate, in the Netherlands and abroad. Our Dutch know-how and expertise are unique. I see plenty of opportunities to utilise this knowledge even better at the international level." 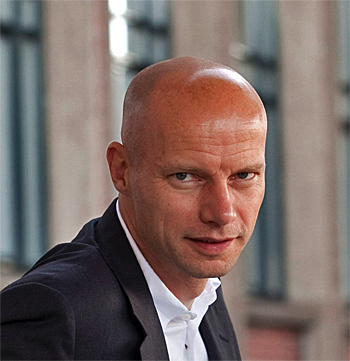 Contact with actors
The key task of the Special Envoy for International Water Affairs involves economic diplomacy: as the ambassador for the Dutch water sector, he is responsible for maintaining good relations with foreign governments, knowledge institutions, umbrella organisations, coordinating and representative bodies, the business community and civil society organisations.

He establishes connections with the other relevant Dutch sectors, such as energy, agriculture, the creative industry. He collaborates closely with Dutch Embassies, Consulates and Permanent Representatives.

He also maintains direct contact with bilateral and multilateral actors such as the World Bank, the United Nations, the OECD and the EU. He attends international water meetings, if need be as a representative of the Ministers. 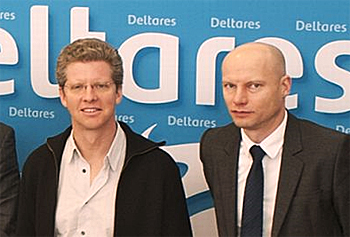 After super storm Sandy hit New York, Henk Ovink teamed up with US state secretary Shaun Donovan (left) of Housing and Urban Development and organised a competition on rebuidling by design.

About Henk Ovink
Henk Ovink previously held the position of Deputy Director-General of Spatial Planning and Water Affairs at the Ministry of Infrastructure and the Environment, and Director of National Spatial Development.

Ovink currently serves as a senior advisor to the American Federal Government and the former Hurricane Sandy Rebuilding Taskforce instituted by President Obama.

For the reconstruction of the New York and New Jersey region, he developed and led the ‘Rebuild by Design’ contest, which CNN designated as one of the most innovative ideas of 2013. Currently, 15 Dutch companies and organisations are working on the implementation of the winning projects.

He has a long record of service in the business community, education and the government in the fields of spatial planning, water management and culture. Among other activities, he has served as Curator to the 5th International Architecture Bienniale Rotterdam, he sits on the International Advisory Board of the city of Rotterdam, he teaches at Harvard GSD and he advises the Rockefeller Foundation regarding their approach to resilience and water safety.