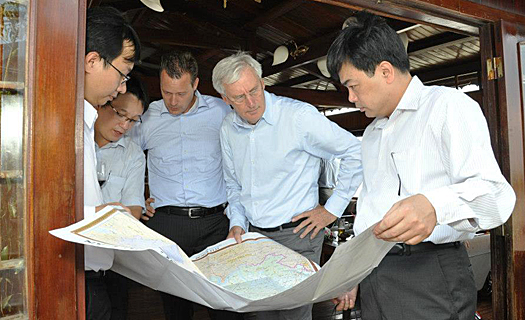 In Ho Chi Minh City the delegation from Bangladesh had an opportunity to see how Dutch water experts assist the authorities to draw up a plan to make the city more climate resilient.

Dutch minister Knapen: “This way we promote cooperation between both Asian delta countries. It is also good for the Dutch business that the Bengal can see how we deploy our expertise here in Vietnam".

Many water problems already occurring today
During the cruise on the Saigon river the officials got a picture of the problems the industry and the population are already facing today. Clogged waterways, flooding houses, people that build layer upon layer on walls to keep the water out. 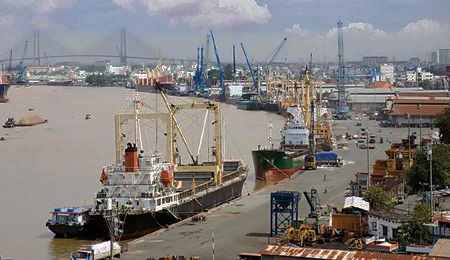 An important focus will be the port’s relocation from the city towards the sea. VCAPS is led by Grontmij Netherlands and further comprises of Witteveen+Bos, Bosch Slabbers landscape architects, Ecorys, Institute for Environmental Studies (IVM) and Urban Solutions.

Available data gathered in atlas
According to project leader Enrico Moens of VCAPS the cooperation with the partners in Ho Chi Minh city is entering a new phase. Earlier this year the consortium completed an atlas bundling all available data in many maps on items such as urbanization, changing rain fall patterns, sea level rise, groundwater depletion, soil subsidence, strategically important objects such as power station.

Enrico Moens: “It is still a draft version but once the inventory of all the expected problems is finished, we shall move to the phase of the demo pilots. As the city centre harbor will be moved towards the sea, we can use the vacated area for putting the developed ideas into practice.”

The draft version of the Atlas - HCMC towards the sea can be download from the VCAPS website.