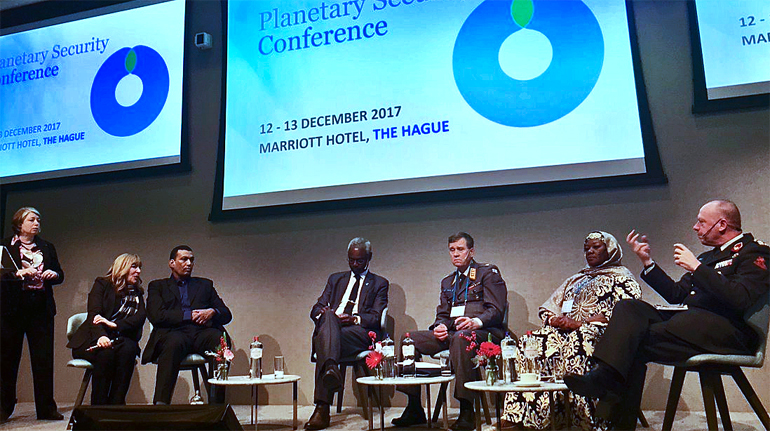 Forty high level representatives have signed a declaration that calls for a special UN ‘climate security’ envoy for the coordination on international migration issues by addressing the effects of climate change such as water scarcity. The declaration urges action on three specific problems: Food shortages in Africa’s Lake Chad Basin, security in Mali and water management in Iraq.

The Hague Declaration was launched and signed during the Planetary Security conference that took place in The Hague, the Netherlands, on 12 and 13 December. 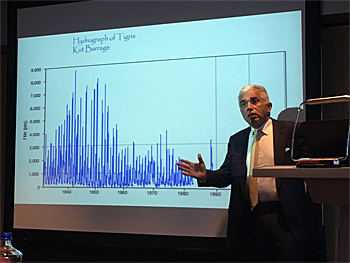 Azzam Alwash of Nature Iraq explains the critical situation in his country with water resources declining, a heavily damaged water infrastructure and no money for repairs.

Programme of action
The Hague Declaration marks the growing awareness that effects of climate change can be major drives of social insecurity and conflicts. To address the complex root courses requires a new community of practise to work together in the field of humanitarian aid, migration, security, as well as early warning and military missions, need to take better account of climate risks.

The declaration sets on an action programme to deal and manage threats before they arise.

Next to some general actions, such as enhancing the coordination on migrations, the programme also calls for concrete actions in some of the most vulnerable countries including Mali and Iraq.

It also underscores the need for long-term approaches to water security which is a factor in climate change.

One of the actions called for, is the strengthening of existing local and national institutions for water management, improved knowledge management and building on existing efforts to foster cooperation on transboundary river resources. 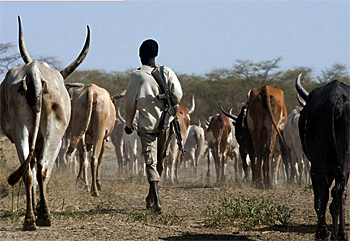 Dwindling water resources
At the conference, Iraqi water minister Dr. Hassan Al Janabi mentioned the urgency to address the climate-related risks: "This declaration takes what we've learnt about climate-related risks being a key factor – and at times a key driver – of human insecurity and conflict and turns it into a practical plan of action’.

Janabi continued: ‘And not a moment too soon - the changing climate is already making many of the complex crises the world currently faces – from migration to conflict, resource shortages to terrorism – much harder to solve as I've seen first-hand in the face of dwindling water resources in Iraq.’

Political unrest
Director Monika Sie Dhian Ho at the Clingendael Institute said: ‘The impact of climate-related insecurity has the potential to dwarf the political unrest seen in Europe by the migration crisis. It is therefore a good thing that so many organisations have already endorsed the call for action embodied in the Hague Declaration on Planetary Security. ‘

Parties that were not present at the conference can still sign the declaration online.

This news item was originally published on the websites of Planetary Security Initiative (PSI) and Clingendael.

Read the declaration and sign it online at PSI/signees.

Read also on this website
● Stockholm World Water Week 2017: Many reasons for conflicts, water shortage is one of them, 30 August 2017
● Loss of wetlands in Sahel linked to migration into Europe, 23 April 2017
● Planetary security conference: Eruption of armed conflicts cannot be linked to water scarcity, 12 December 2016

Explanation on how climate change links to scarcity and social instability, and why it is one of the root courses for conflicts and rise of non-state armed groups and terrorism.

Live stream of press conference prior to Planetary Security Conference 2017 on 12 December.