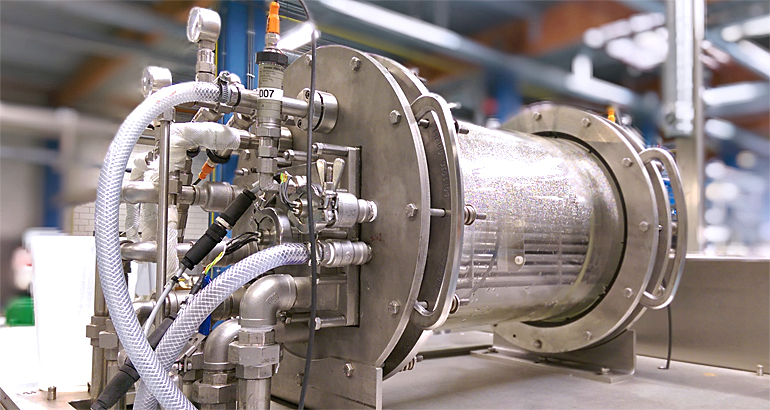 High Voltage Water has launched a new electrospray pilot plant at its research and development base in Leeuwarden. The plant will be used to prove the significant efficiency benefits of electrospray technology when used in multi effect distillation (MED) desalination systems.

Testing and development will continue throughout this year, preparing the company for its first commercial installations in 2016.

More capacity for existing desalination plants
Research conducted by High Voltage Water founder, Dr Luewton Agostinho, shows that this form of electrospray promises to increase existing operational capacity by as much as 10 percent, as well as generating capital expenditure savings of up to 15 percent in new builds.

A comprehensive testing programme, facilitated by the new pilot plant, will confirm that these efficiencies can be achieved at an industrial scale. In parallel, additional research will be conducted with the University of Bremen to further investigate improvements in heat transfer and advanced liquid distribution systems. 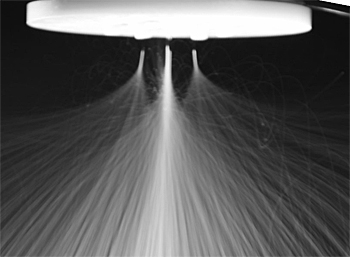 Thermal MED works by spraying sea water on to hot evaporative tubes. By applying electrospray nozzles into MED systems, the droplet formation is much finer.

The process also introduces electrostatics into the system which means a better control of how the droplets settle on the evaporative tubes, creating a much thinner film of fluid.

About High Voltage Water
High Voltage Water is established in early 2014 as a spin-off company of the water institute Wetsus, with financial backing from Icos Capital. It has a close working relationship with Evides, the second-largest water company in the Netherlands.

Its business presence is located in Rotterdam and its research and development facility in Leeuwarden, both in the Netherlands.

This news item was originally published on the website of High Voltage Water.