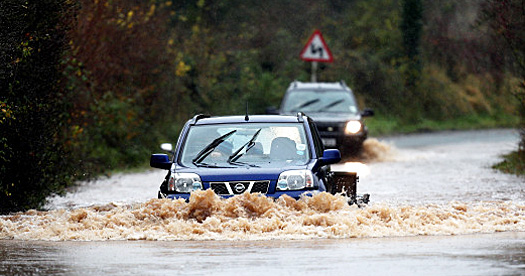 HKV Consultants, together with HR Wallingford and the Institute of Transport Studies (University of Leeds), will study the effective use of roads in Lincolnshire and Norfolk to evacuate or shelter people.

This study is commissioned by the Government Office for the East Midlands.

Highest flood risk in the UK
The East coast of England, due to its geographical location, faces a particular hazard from a storm surge in the North Sea, such as occurred in January 1953. Combines with a low-lying nature of much of the land bordering the Wash, this means that the countries of Lincolnshire and Norfolk have some of the highest flood risk in the country.

Options for evacuation
There is a particular concern that Lincolnshire and Norfolk would be both badly affected by a major surge flood and would find it difficult to both move people out and move equipment in. Therefore a better understanding is required about the options for evacuation and the key parameters of such evacuation.

The Great Flood along the coast of Lincolnshire (Acre Gap in Sandilands) on 31 January 1953 after a tidal surge of 5.6 m above average sea level.

This news item was originally published on HKV Consultants