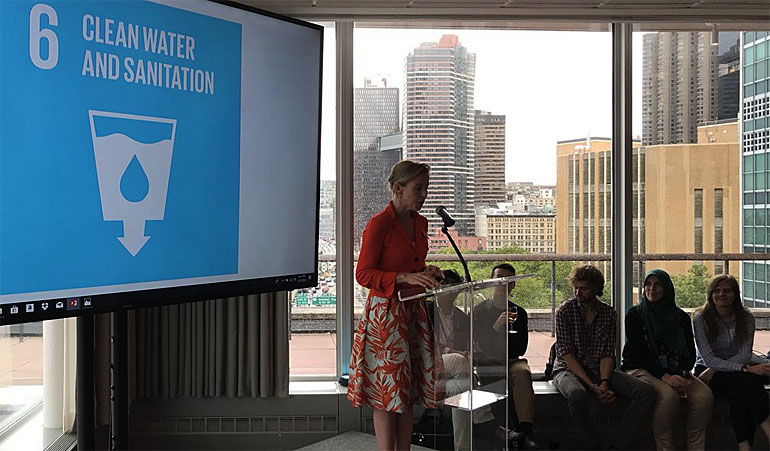 'Why is water cheaper than diamonds?', that was the opening phrase of Dutch environmental state secretary Stientje van Veldhoven at the launch of the Valuing water initiative by Peru, South Africa, Bangladesh, Mexico and the Netherlands. ‘Water is essential for all life. Compare that to a diamond, which doesn’t do much more than sparkle!’, the Dutch state secretary (on top photo) continued and marked the fact that prices for water services hardly reflect the real value. Therefore, investments in water facilities leg behind.

The initiative was launched during the United Nations' High Level Political Forum (HLPF) in New York on 17 July. 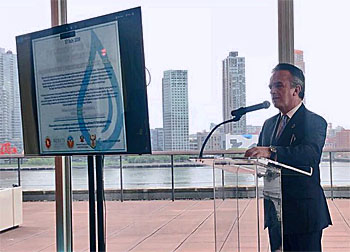 Water is off track
The launch at the High Level Political Forum responses to the recent evaluation by the United Nations of Sustainable Development Goal 6 on water. The UN concluded that SDG6 is ‘off track’ from its aim to make clean water, safe sanitation, and hygiene available to all by 2030.

SDG6 was one of sustainable development goals that was in particularly discussed at the HLPF that took place in New York from 9 to 18 July. The forum is held every year to evaluate a selection of the 17 SDGs.

The initiating countries announced an agenda for action to scale up good practises and building champions and ownership at all levels. 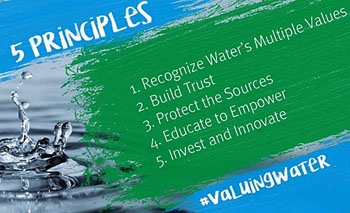 Five principles
The action agenda builds on the five principles that have been developed by the High Level Panel on Water (HLPW) and presented in the report Valuing water: preamble and principles.

The five principles include the recognition of water’s multiple values, the balanced allocation of scare fresh water and building trust amongst the users, the protection of water resources, the promotion of education and raising awareness, the investments in innovations.

Learning from best practises
‘We will release investment strategies – finding our way as we go along’, said Dutch state secretary Van Veldhoven at the launch.

‘We’re going to set up demonstration projects and trials. So we can learn from best practices and spread them around the world. It’s about building capacity. And, in particular, about making people aware of the value of water. A bottom-up approach.’

'Valuing water is not a goal in itself. But it’s a vital instrument to get to where we want to be’, she concluded.

Ministry of Infrastructure and Water Management
The Hague, the Netherlands
+31 77 465 67 67
www.government.nl/ministries/ministry-of-infrastructure-and-water-management