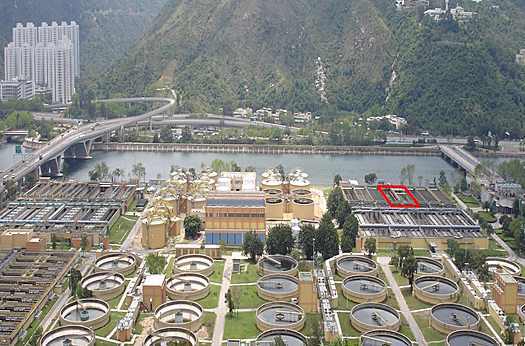 The Hong Kong University of Science and Technology will start a large-scale test with the Sulphate reduction, Autotrophic denitrification and Nitrification Integrated (SANI) process at Hong Kong's Shatin sewage treatment works. The pilot plant will have a capacity of 1.000 cubic meter per day.

The test is to start in April 2013 and will be conducted in cooperation with the city's Drainage Services Department. The two year upscale test of the SANI process has been funded with 24.6 million HK dollar.

The SANI process has been developed in close cooperation with Delft Technical University and KWR water recycle research institute in The Netherlands. 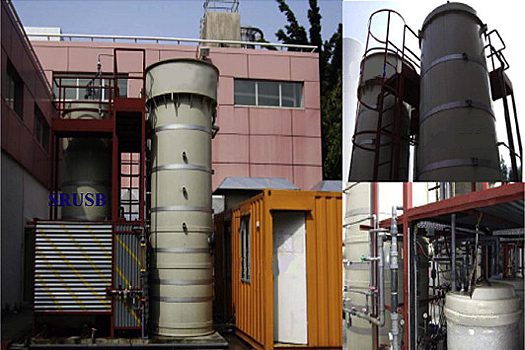 A team from the Hong Kong University of Science and Technology (HKUST) led by Prof Guanghao Chen of the Department of Civil and Environmental Engineering will conduct the research.

According to Prof Guanghao Chen the SANI process can solve Hong Kong's long-run problem of sewage treatment: "The research on the process started in 2004, followed by a pilot test jointly hosted with the Drainage Services Department at Tung Chung between 2007 and 2010. Results showed that this novel technology effectively eliminated 90% of sewage sludge production, reducing the sewage treatment cost by 50 percent and space requirement by over 50 percent, and cutting down greenhouse gas emissions by 35 percent."

Triple Water Supply System
The development of the SANI process is part of an innovative research programme by the HKUST on the Triple Water Supply system that combines freshwater, seawater flushing and cooling, and water recycling systems for air-conditioning, kitchen and laundry.

The Hong Kong Airport is the first organization in the world to put the triple water supply system into use, resulting in 52% saving of freshwater demand and up to 20 million in electricity bills and of 30 million kilowatt hour, as well as a reduction of 17,000 tonnes of carbon dioxide emissions per annum, an amount tantamount to greenhouse gas emissions by 5,500 private cars.

Flushing with seawater on city scale
Hong Kong is the only city in the world using seawater for flushing on a city scale. Making an extensive use of the system, the Water Supplies Department has delivered savings of 740,000 cubic meters per day of freshwater.

The water saved in Hong Kong exceeded those recycling systems in Australia and Japan, making it one of the most efficient and cost-effective water facilities in the world.

Many awards
The research programme on Hong Kong Triple Water Supply system has received many awards already. The potential of this system using both sea water and waste water has an enormous potential for many other large cities along the Chinese coastline.

On of the awards was the IWA Global project innovation award 2012 handed out at the IWA's biannual global water conference in Busan, Korea in September 2012.
(read more on the IWA-award hand out:
IWA Busan-2012: Two Dutch water technologies honored with IWA global innovationm awards - September 22, 2012)

The SANI process technology, uses a Sulphate-reducing bacteria. In combination with water supply plants that use sea water, the SANI process uses sulphate in seawater as the medium to oxidize and eliminate pollutants from the sewage water.

Since the microbe boasts high efficiency and low growth rate, it minimizes sludge production by 90%, hence its naming as SANI process, meaning "sludge-killing" in Chinese.