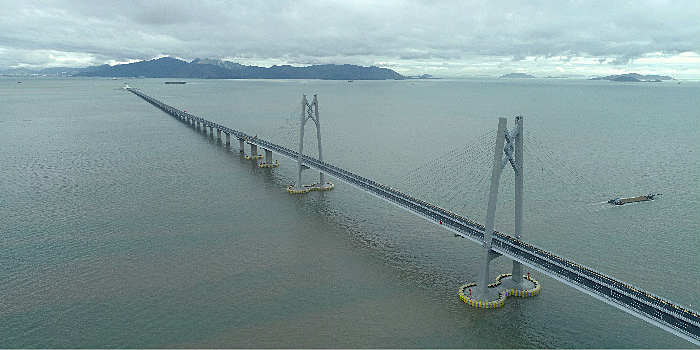 Chinese President Xi Jinping announced the official opening of the Hong Kong-Zhuhai-Macao Bridge at a special ceremony in Zhuhai, just north of Macao, on 23 October 2018. 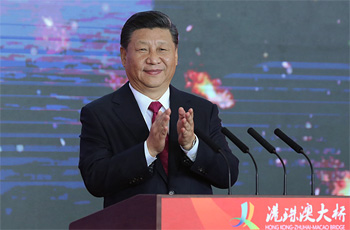 Xi Jinping thanked those who participated in the design, building, and management of the bridge. This includes the Dutch firm Tunnel Engineering Consultants (TEC) as a leading partner for the construction of the 6,7 km immersed tunnel section and the two artificial islands where both ends of the tunnel surface and connect to the bridge.

The 55 km bridge connects the cities of Hong Kong and Macao and is the longest sea bridge ever built.

The sections were constructed on land, sealed off, floated, towed to its final location and sank to the seabed by letting water in. Eventually, all sections were put together. The tunnel is comprised of 33 sections with a length of 180 m. 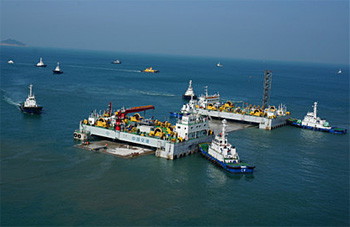 Immersion of one the prefab tunnel elements.

This world record of the longest immersed tunnel will last only until 2028 when the completion is expected of the Fehmarnbelt tunnel, connecting Germany and Denmark.

This tunnel will be 18 km long, comprising 89 large pre-cast concrete elements with a length of 217 m.

About Tunnel Engineering Consultants
TEC is a consultancy firm specialized in immersed tunnel design and construction since 1988.

TEC has delivered design and construction solutions to the majority of the world’s most challenging and innovative tunnelling projects, including the Øresund Link between Denmark and Sweden, the Busan Geoje Link in South Korea.

TEC is, together with Ramboll and Arup, client consultant for the Fehmarnbelt tunnel.