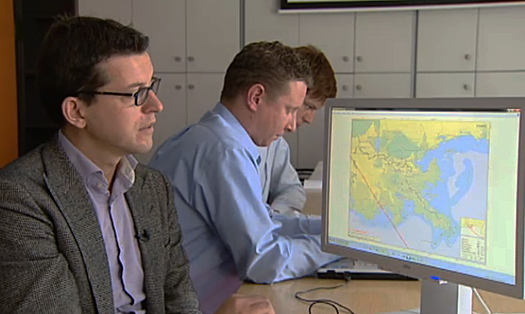 The authorities of New Orleans had a good idea of the storm surge to be expected when hurricane Isaac approached New Orleans on August 28. The hurricane was less powerful than Katrina in terms of wind speed, but as it moved slowly over the Gulf of Mexico it pushed forward a relatively big amount of water towards the coastal city.

One of the tools available for the US Army Corps of Engineers and the Southeast Louisiana Flood Protection Authority - East to monitor the impact of Isaac, was the Storm Surge Atlas,  developed by the Dutch firms Royal HaskoningDHV, Fugro and HKV. The Corps had a good idea to what extent the  water levels would rise.

First reactions positive
“It is too early for a real evaluation of our tools that were used to monitor the storm surge caused by Isaac, but the first reactions from New Orleans are very positive”,  says Mathijs van Ledden of  engineering firm Royal  HaskoningDHV. Now based in Rotterdam, he used to live several years in New Orleans as a Dutch water expert to assist the US Army Corps of Engineers to rebuild the flood defence system that had been destroyed by hurricane Katrina in 2005.

Three hundred hurricanes scenarios
“Just after Katrina we had very detailed information for the construction of the new flood defence system and by a smart re-arrangement of this information we were able to develop the storm surge atlas for our clients”, explains Van Ledden. For over 300 hurricane scenarios their corresponding storm surges were calculated and stored in the atlas.

Van Ledden: “A few days prior to landfall in New Orleans, it was fairly easy to select a pre-calculated hurricane scenario that best matched the circumstances of Isaac. Without having to do the complex and time consuming calculations, the Corps quickly had a good idea what to expect”. 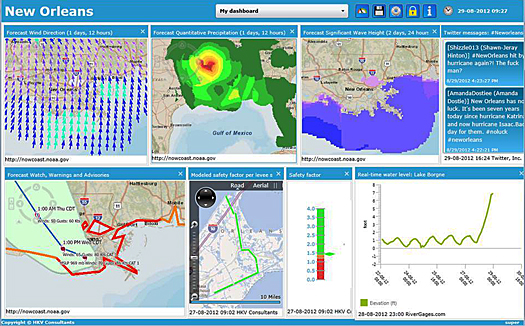 Flooding of non- Federal levees
“This warning system was in place in an area where the storm surge caused by Isaac did not overtop the levees”, explains Van Ledden. “That would have been different for the Braithwaite polder. The levees around this area south of New Orleans are lower as they are not part of the Federal protection system raised after Katrina. Our monitoring system would have given an early warning as the expected storm surge exceeded the height of the levees”.

Many barriers and monitoring systems in and around New Orleans that were put in place after Katrina, have been put to the test for the first time. Van Ledden expects that the storm surge and rainfall caused by Isaac will provide new data to improve the computer models. “If we are able to improve the model, I am convinced more local water authorities will start to use the monitoring  system we developed,” says Van Ledden.

Hurricane dashboard
Dutch consultancy HKV published a demonstration dashboard on internet, showing maps with the most important parameters related to the flood risk when Isaac closed in on New Orleans. “Today there are many sources with real time information related to flood risk,” says director Matthijs Kok of HKV.

“By combining all relevant data, it possible for the user of the dashboard to make an own judgment on a possible flooding. Not only for professionals involved in for instance the evacuation, but also for the individual citizens”, states Kok. 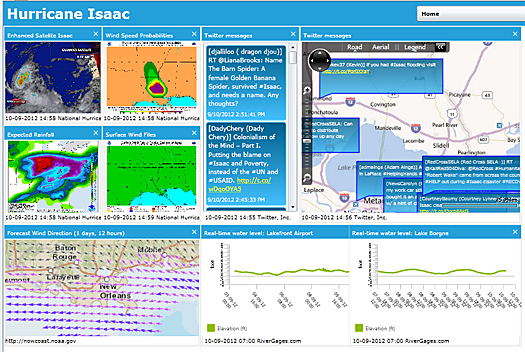 Standardization to prevent confusion
Kok says his company wants to use the experience of Isaac to improve the dashboard. “We want to link the indicators to the data of the local levees. For example, depending on the height of the levees, we can indicate the consequences of overtopping for specific sections. This is difficult however as there is no standardization and other sources can produce contradicting prediction that may lead to confusion.”

According to Kok a dashboard has a big potential: “The possibility of flooding is an important factor when it comes to evacuate. The demand for a real time monitoring of the flood risk is unmistakable”.

The storm surge caused by Isaac flooded the city of Braithwaite, southeast of New Orleans. The city is situated in a polder, just outside the national defence system that protects New Orleans. The levees around this polder are 3.0 m and were overtopped by the 3.5 m storm surge.

Immediately after Katrina hit New Orleans in August 2005, the US Army Corps of Engineers started a 14,5 billion dollar modernization and expansion programme to protect the city against a 1:100 years event, including the construction of a 133 miles levee system and 78 storm proof pumping stations. Isaac put the new flood defence system to the test.