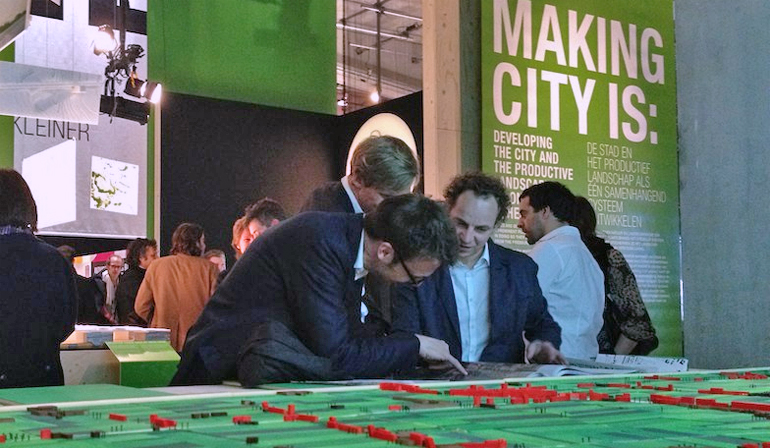 On 29 May the sixth edition of the International Architecture Biennale Rotterdam (IABR) starts with the public opening of a permanent exhibition and a series of conferences and workshops. The theme of this year's IABR is Urban by nature.

On the first day the international conference Urban design in times of climate change will take place. Central theme is the 'Dutch approach' that combines landscape architecture and water management.

The conference will give feedback on progress made in cities as New York, Jakarta, Istanbul and Rotterdam. 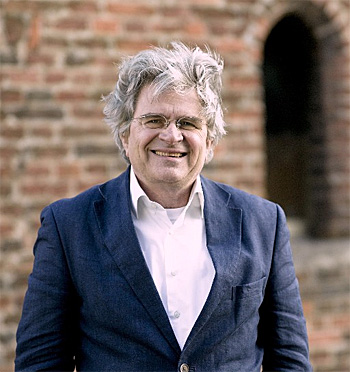 According to IABR-curator Dirk Sijmons (photo right) megacities have grown so large that it has become impossible to make a distinction between 'nature' and 'human society'.

Sijmons is a landscape architect and he has realized that city and nature overlap spatially and impact each other functionally.

For spatial designers this is a unique challenging situation, he explains in a special video interview to introduce the new IABR-edition.

Conference on urban design
The first session on the conference 'Urban Design in Times of Climate Change' is dedicated to Rebuild by Design, the competition that aims at addressing the structural and environmental vulnerabilities that Hurricane Sandy exposed in communities throughout the New York – New Jersey region, and at developing fundable solutions that will better protect residents from future climate events.

Stakeholders and designers will give short inspirational presentations.

The second session presents cases from Jakarta, Istanbul, Rotterdam and elsewhere: all examples of how the Dutch approach, in which urban design, engineering and water expertise are integrated, contributes to finding viable solutions in times of climate change.

The moderator is Henk Ovink, principal of Rebuild by Design and Senior Advisor for Secretary Shaun Donovan of HUD and the Hurricane Sandy Rebuilding Task Force.

In June more conferences will take place related to the 'Dutch approach' of integrated urban water management, such as Infrastructure of the smart city (5 June), Urban deltas in transition (13 June) and Building with Nature-Ecoshape (19 June). 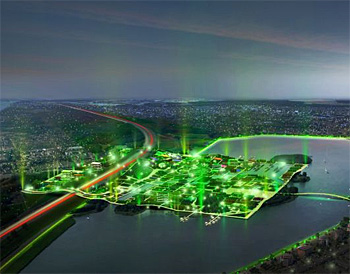 Unpredictable future
The future of urban development has become unpredictable, says curator Dirk Sijmons, explaining the biennale's theme Urban by nature. "Natural and human processes are merging and have become hard to distinguish. These processes are taking us on an unpredictable road to the future. We are riding a tiger and we must learn to get the tiger under control in an orderly fashion."

Sijmons refers to the fact that coastal cities are spreading out over entire river deltas. "We are no longer talking about the built-up areas only. But also on the surrounding areas including the agrarian areas, airports, open-cast mines, recreational areas and even nature resorts."

According to Sijmons the landscape architecture has the ability to integrate these different land uses.
(watch video below for full interview)

Urban by nature – in six minutes. Curator Dirk Sijmons invites you to IABR–2014.

We don't need smart cities, we need smart urbanism! Maarten Hajer, Director-General of PBL Netherlands Environmental Assessment Agency, suggests to get rid of the modernist paradigm and reinvent urbanism for the 21st century.