IFAT2014: Aquaver announces roll out of energy-neutral desalination to 20 other Maldivian locations 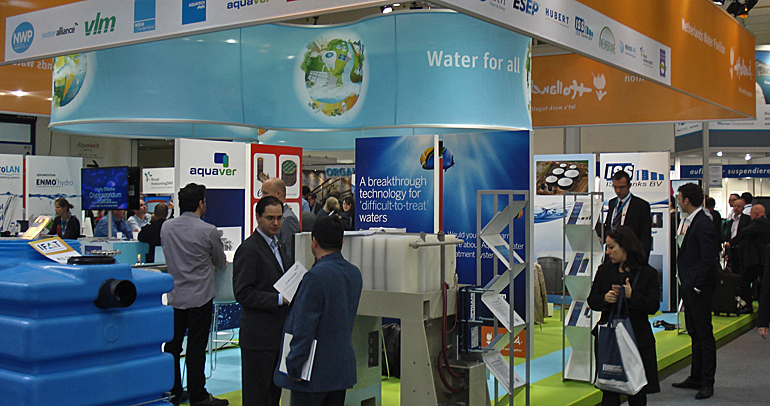 Dutch-based water tech company Aquaver announced the roll out of an additional 20 membrane distillation installations to other islands of the Maldives.

The roll out plan was revealed by marketing director Enrique Mendez of Aquaver at the IFAT trade fair. Aquaver is one of the participants at the Holland Business Pavilion.

In February, Aquaver commissioned in Gulhi, Maldives, the first desalination plant in the world that runs on waste heat from a diesel generator. 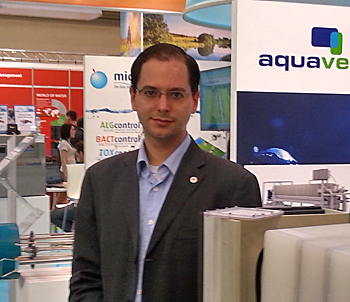 Energy-neutral desalination
After the success of the plant, Aquaver has learned that its customer in the Maldives plans to multiply the concept on 20 other islands. Aquaver will provide the membrane distillation systems and Static, a local solution provider, will build the desalination plants.

"There is a strong demand from small islands for our breakthrough energy-neutral desalination technology”, says Enrique Mendez of Aquaver.

Running on waste heat
The big advantage of the membrane distillation process is that it runs primarily on waste heat, with an electrical consumption 50-75% lower than RO. Furthermore, the MD technology can deal with power interruptions, which are common when the electricity is provided by diesel generators.

In addition, SWRO operates at high pressure, so power interruptions are prone to damage the systems. Finally, fouling, scaling and corrosion are not a significant concern in MD, due to the plastic construction materials; the hydrophobic membranes, and the low pressure of operation.

Visitors from all continents
There has been much interest for Aquaver membrane distillation units at IFAT. "We have had peoples from all continents on the stand ," says Enrique Mendez, Aquaver Marketing Director. "Membrane distillation combines the advantages of membrane separation and distillation. This opens up a wide range of applications with high recovery ratios and pure distillate production, all powered by low grade heat. In particular seawater desalination by waste heat, landfill leachate treatment, digestate, RO reject and many others."