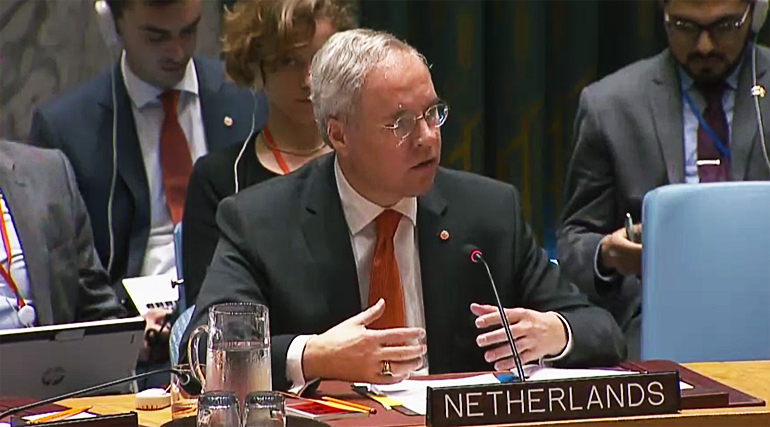 On March 1st, the Netherlands assumed the presidency of the Security Council, one of the key organs of the United Nations. One of the issues on the agenda of the Dutch presidency is the identification of the potential causes of conflict and war, such as competition over water resources, water scarcity and climate change.

In reaction to the start of this presidency, Dutch-based water education institute IHE Delft highlighted the unique opportunity to prioritize this issue. ‘Given its well-known expertise in water resources management, there is much that The Netherlands can contribute to this area’, IHE Delft stated. 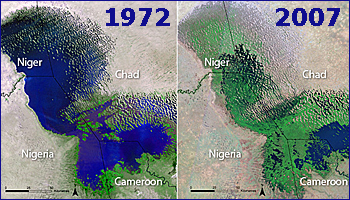 Lake Chad, which was one of the largest water bodies on the African continent, has shrunk a massive 90 percent compared with what it was in the 1960s. Its disappearance is having a tremendous impact on the communities in the surrounding water bassins. This decrease has led to longer dry seasons, and the inability to feed local populations.

World Water Day
On the first day of the presidency, Dutch Ambassador to the United Nations Karel van Oosterom (on top photo), explained this month’s agenda at a press conference.

Van Oosterom mentioned a special briefing on peace and security in Africa by the Security Council on 22 March. ‘This is World Water Day and there will be a high level event on water in the General Assembly’, he explained.

‘To link this to the Security Council we planned a special briefing on the Lake Chad region where the nexus water, climate change and security is a key issue'.

The briefing will be attended by UN Deputy Secretary-General Amina J. Mohammed and Dutch minister Sigrid Kaag of Foreign Affairs. 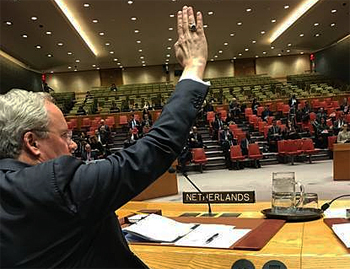 Transboundary water issues
IHE Delft is, among others, engaged in the transboundary discussions on water management in the basins of Brahmaputra, Lake Chad and the Nile.

IHE Delft has delivered education and undertaken research in water cooperation and water diplomacy for over a decade.

The education institute has engaged with practitioners and helped to develop tools, skills and understanding of the complex processes in water cooperation and diplomacy.

Water diplomacy
In this context, IHE Delft recently held its first annual Water and Peace seminar and on 6 March it will hold an online seminar on water cooperation and diplomacy.

On 7 March IHE Delft will run a Water Diplomacy workshop for the international diplomatic community in The Netherlands and Belgium. The topic will be introduced, along with case studies and the opportunity for discussion about contemporary water diplomacy issues.

This news item is based on news releases published on the websites of IHE Delft and Dutch presidency UN Security Council.