A research project looking into the dunes, mud flats, coves and vegetation on the 'tails' of the Wadden Islands, the Netherlands,  has recently started under the supervision of research institute Imares Wageningen UR.

The aim of the project is to develop measures to preserve biodiversity for the future. 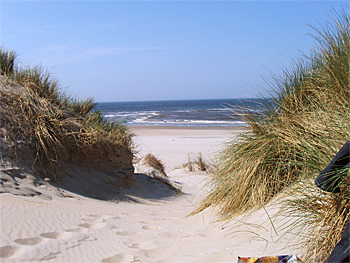 Natural processes disrupted
The Wadden Islands are unique due to their landscapes and the plants and animals native to them. The eastern outreaches are among the most natural areas of the Netherlands. This is why they are protected under European Environmental Law.

These island tails are made up of dunes, beaches and mudflats. They are uninhabited, situated outside of the dyke system and open to all weathers. Human intervention has, both directly and indirectly, made the nature reserves on the island tails less dynamic and, moreover, taxed the areas.

Due to this, the biodiversity has diminished and certain sorts of plants and animal species have become endangered. Island tails enlarge naturally with rising sea levels, but the building of dykes on the dunes appears to have disrupted this process.

Land management practices
Current land management practices such as grazing, sod cutting and mowing are being used to stimulate biodiversity within these micro environments and to hinder more negative developments. Unfortunately, however, these practices have not restored the natural dynamics of wind and water and the enlargement that results from them. In the long term it would appear that a better solution would be to renew these areas by re-introducing the natural dynamics. 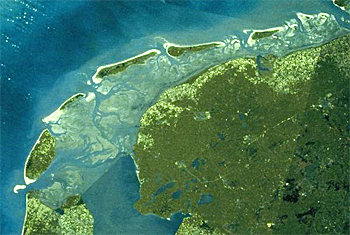 A research project into the manner in which the development of dunes, mud flats, coves and vegetation on island tails are linked has recently been started. Research is being done on Dutch and German islands into how they developed in the past and what the expectations are for the future.

Furthermore, management practices will be developed, based on these natural principles which both adhere to ecological values and look into the possibility of the enlargement of the islands.

The research has been commissioned by the Dutch Forestry Board, Delta Programme Wadden Sea, the Ministry of Economic Affairs and the programme Towards a Rich Wadden Sea. It is being carried out by Imares Wageningen UR, Deltares, Forestry Support Group North East Netherlands and the ERA Foundation.

A report on the findings is expected by the end of 2014.

This news item was originally published on the wbesite of Imares Wageningen UR.