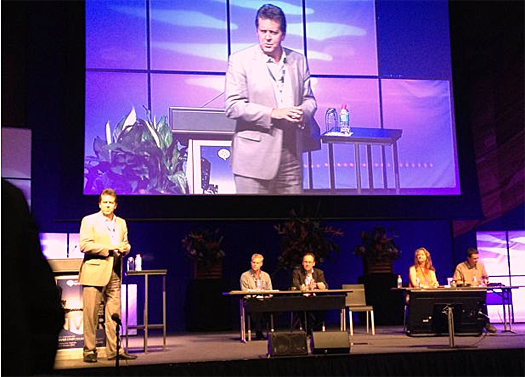 Heemskerk delivered a keynote at the session Designing Flood resilient Cities and Communities, organized by the International Water Centre and the Netherlands Water Partnership on October 10.

Different backgrounds
During the Dutch-Australian partner session he highlighted that in the case of flood prevention, the Australian and the Dutch water authorities work from different backgrounds: “The Dutch authorities have a long history of working with legal safety standards, implying that funding simply has to be made available. This allows us to execute complex and expensive river projects on a national scale, like the 2 billion euro Room for the rivers programme.”

Prioritization of flood risk reduction measures
Frank Heemskerk: “However, we realize that future improvement will be more costly and the Dutch authorities will have to prioritize their coastal and river improvement projects. The Australian authorities already have a tradition of prioritizing measures and working with local parties. This is where we can learn from each other.”

Seeking economic benefits
“Engaging local parties in complex flood prevention projects with an economical benefit. That is where both Dutch and Australian water authorities are interested in”, he concluded.

As head of the Dutch delegation, representing the Dutch water sector, Heemskerk talked about the common interest with Queensland’s minister Mark McArdle for Energy and Water Supply.

The Dutch and Queensland governments are about to finalized the joint programme as part of a memorandum of understanding formalizing a multi-year cooperation on the extremes of water management. 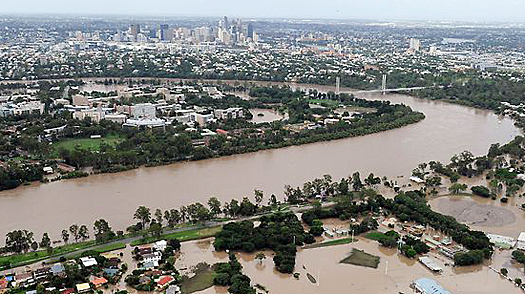 Best of both worlds
One of the highlights of the 15th International River Symposium was the Great River Debate on the question whether river cities should make room for their rivers. Chaired by professor Gary Jones of eWater partnership and the International Riverfoundation (IRF), the participants debated the urbanising world that isolates the floodplains from their rivers and cities have become dependent on infrastructure to control river flows.

According to Jones river cities are faced with a more frequent floods and officials must plan to either give the river more room or engineer their way out of trouble. In the debate experts talked about the pros and cons.

For Frank Heemskerk the two option do not oppose each other. “In many cases it will be a combination of both. The recent experiences with giving room to the Dutch rivers, enables us to help the Australian authorities to find the best combinations”.