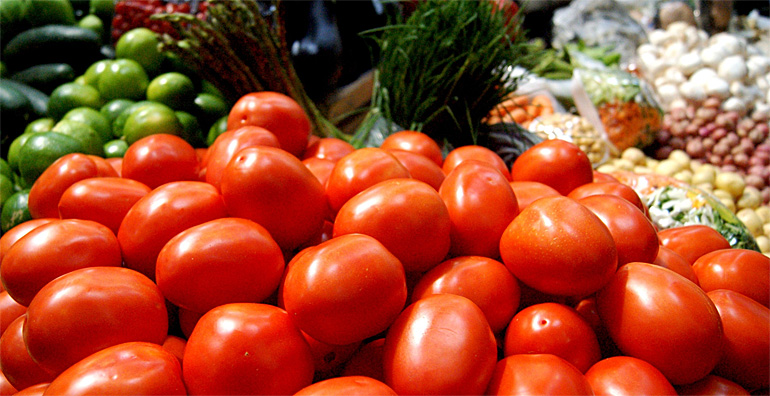 "The CX500 climate and irrigation computer has been a real game changer", says Mexican grower Ernesto Oliveros of Agrícola Oliveros that produces specialty grape tomatoes mostly for the US market.

In 2014 his company installed a HortiMaX CX500 climate control computer to automate the climate and irrigation systems.

"After installing the computer we had the best crop ever. This year we had the best yield ever reaching over 25kg per square meter but really, quality is much more important to us,” says Ernesto Oliveros.

According to Oliveros it revolutionized the irrigation system which is now based on the level of solar radiation.

Another breakthrough was the ability to control and increase the relative humidity which reduced the problem of green shoulders on the fruit. 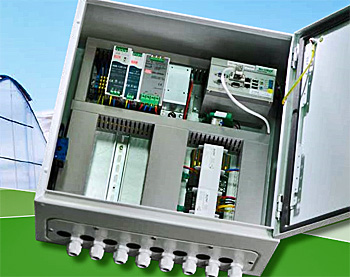 The HortiMax CX500 to control climate and irrigation in a greenhouse.

Time to introduce technology
Mexican grower, Agrícola Oliveros, started growing tomatoes in 2002 and, on the basis of trial and error, has been growing slowly but steadily ever since. Having expanded to 15 hectares, and with the groundwork laid for another 23 hectares, the owners decided it was time to move with the times and introduce technology to automate the climate and irrigation systems.

"We had so many people running around pushing buttons to open the vents it wasn’t sensible anymore", However, Ernesto admits they were very sceptical about technology. "We didn’t really trust the systems; we felt that if something went wrong all would be lost because we wouldn’t be able to fix a problem quickly enough."

Nevertheless, they started talking to HortiMaX which has an office nearby. "We liked the CX500 climate control system because it is easy to import and download files. The visual part of the interface is straightforward so people can easily pick out the data they require." 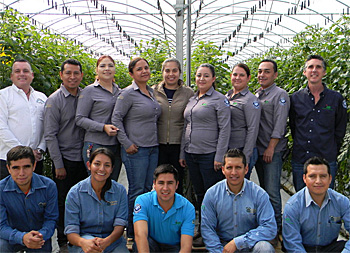 The staff of Agricola Oliveros quickly familiarised with the new computer technology.

Breakthrough reduction in green shoulders
A big breakthrough for Agrícola Oliveros has been the ability to control and increase the relative humidity. "This has dramatically reduced the incidence of green shoulders on the fruits", says Ernesto. "Green shoulders were a huge issue, affecting around 40 percent of produce, because the weather in spring is very warm, about 35-40°C, and very dry."

"The relative humidity outside can be 10-20 percent which sucks the moisture out of the greenhouse so the leaves become shorter and some of the fruits fail to ripen properly. If the tomatoes have green shoulders you simply don’t get paid," he says.

"Now that we can more accurately control the opening of the vents, the irrigation and by using the correct amount of white wash we can keep the humidity in the greenhouse at nearly 60 percent, compared with 30-40 percent in the past."

Irrigation based on light levels
The CX500 climate and irrigation computer made it possible for Agricola Oliveros to irrigate water based on radiation. "We can even manage separate areas of the greenhouse with just a small overlap between one or two rows", Oliveros explains.
"The crop stays drier in the morning and we can better control the irrigation cycles based on the variety and age of the crop; we start watering a young crop at a higher level of radiation than the older crop."

This news item was originally published on the website of HortiMax.