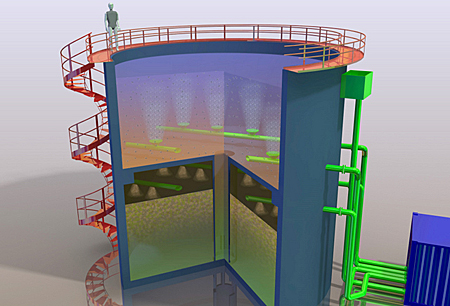 During the Watec exhibition in Tel Aviv Aqana BV was officially launched. Aqana BV is a joint venture between Dutch Water technologies BV from Leeuwarden and Aqwise from Israel. The new water technology company Aqana is located on the Watercampus in Leeuwarden. Under the name DANA, Aqana is bringing an innovative biological waste water treatment technology to the market. On the occasion Aqana introduced DACS, an innovative and economic breakthrough for anaerobic water treatment.

Easily embedded
The DANA technology stands for ‘Dynamic ANaerobic Aerobic’ system. The new technology has the big advantage of being cheaper than other systems, more robust and can easily be embedded into existing infrastructure.

Small footprint
This means that with a much smaller investment than previously required, a faster and easier full biological waste water treatment can be implemented that produces energy in the form of biogas. This biogas can in turn be used as a replacement for natural gas in for example the production process.

Granular technology
The technology is based on an anaerobic and aerobe sludge growing on synthetic base material: a smart synthetic tube on which the bacteria grow. The ‘sludge carrier technology’ was brought to the project by Israeli company Aqwise. DANA offers an attractive alternative to granular based anaerobic treatment followed by a moving bed aerobic treatment in one system, instead of two consecutive reactors. 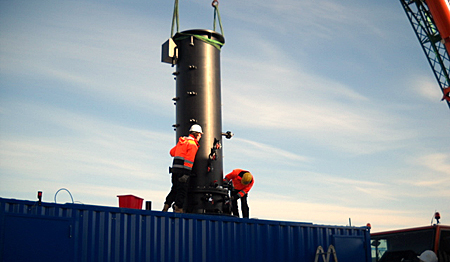 Down-flow anaerobic system
As part of the DANA technology, the DACS-concept was launched in Tel Aviv. DACS stands for Down-flow Anaerobic Carrier based System. Advantages are that it is simple and robust and can be inexpensively applied to a system that is entirely focused on the anaerobic part of DANA technology.

DACS is especially designed to apply the anaerobic process in a simple tank. Also existing tanks can use the DACS concept with very little modification. With this, Aqana introduces the cheapest anaerobic waste water technology in terms of both investment and operation.

The technique has been developed over the last four years by the Israeli company Aqwise, Dutch Water Technologies BV from Leeuwarden and the Noordelijke hogeschool Leeuwarden (NHL). 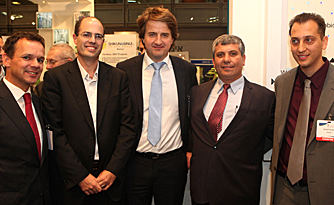