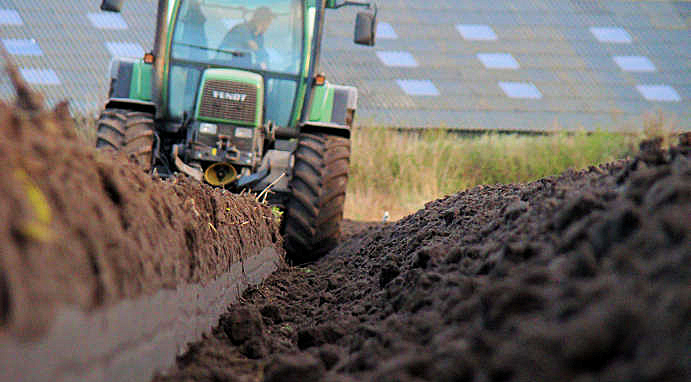 Satellite data on soil moisture will be made available to Dutch water authorities enabling them to fine-tune the controle of water levels in agricutural areas.

The consortium responsible for the project consists of two Dutch universities and twelve public and private parties. 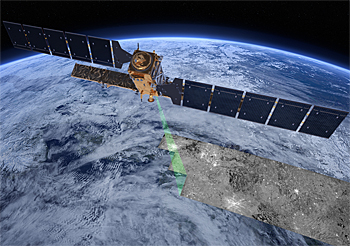 European Space Agency's first earth-monitoring Sentinel-1 was launched in April 2014. Every twelve days it revisits any point on the earth's land surface.


Soil moisture
Three doctoral candidates, two at University Twente and one at Wageningen University, will be appointed to study data on soil moisture that is collected by the European satellite, Sentinel-1.

This data has an accuracy of 10 by 10 m and can be used to measure the carrying capacity for agricultural vehicles and availability of moisture for plants.

By combining this information with existing models, it will be examined how water management can be optimized.

Not too wet, not too dry
Dr. ir. Rogier van der Velde, one of the researchers in the project: "During the transition from the wet winter to the dry summer, Dutch water managers are confronted with the dilemma whether to retain water or drain it away. Retention means that land remains wetter with the result that the carrying capacity is insufficient for performing operations so that the growing season is shortened. On the other hand, starting too early with the draining of water can cause a lack of moisture in dry summer months, with disastrous consequences for crop growth and agricultural production." 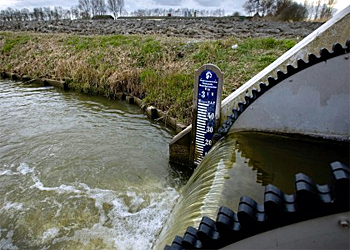 Water levels in the Netherlands are controlled with thousands of small weirs and many pumping stations.

Better supported decision
Water authorities can use the information obtained from the satellite data to make informed decisions concerning this annually recurring dilemma.

Van der Velde: "This is the first time that the Dutch water sector is supporting research into the use of satellite images to optimize water management in this way."

This news item was originally published on the website of University Twente.