This year's world water congress of the International Water Association brought over 5,000 water professionals from 97 countries together in Lisbon, Portugal from 21 - 26 September.

The congress addressed the global water demands in the future, with the programme including many technical sessions, poster presentations, six leaders forums, daily key notes and an exhibition.

The next IWA world water congress will be held in Brisbane, Australia from 25-30 September 2016.

Some of the highlights of this year's edition captured in pictures: 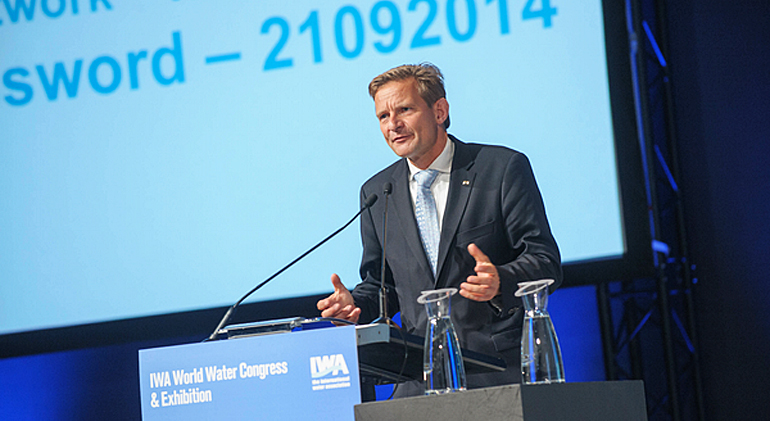 “If mobile phones can spread as quickly as they have, why can’t sanitation?" director Ger Bergkamp of IWA asked during the opening plenary. "It’s not only governments who need to agree and then do it, we need a societal push from people to say: We won’t accept this. This is no longer the world we want to live in.” 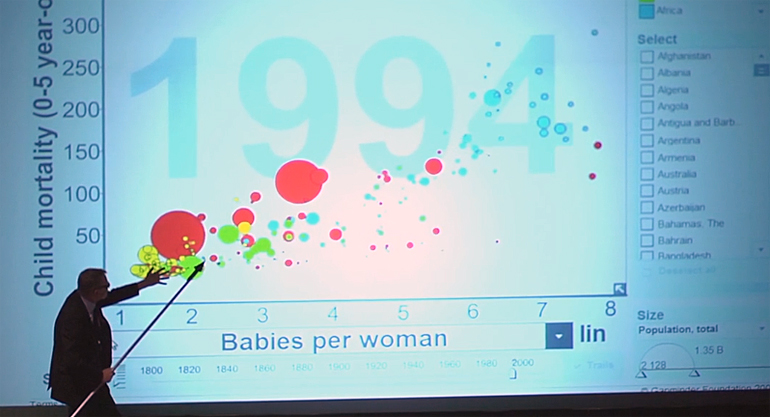 "The water sector should no longer focus on the quantity of water supply, but on the quality", Swedish public health professor Hans Rosling said. In his captivating key note speech he pointed out that worldwide parents are choosing for small families with only one or two children. This enables them to concentrate more on the quality of life. "They dream of washing machines", Rosling said. 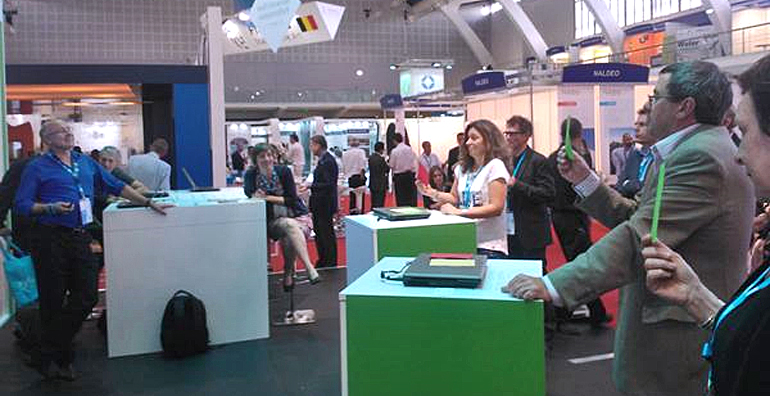 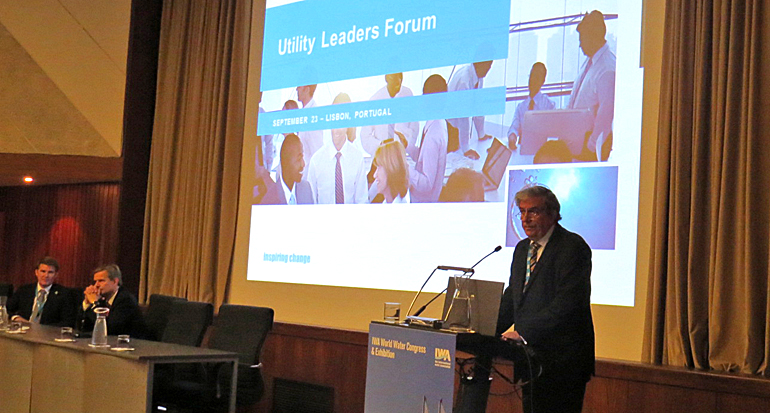 Cees Veerman, chair of the association of drinking water companies in the Netherlands (Vewin) opened the Utility Leaders Forum. Veerman called upon the attending utility leaders to secure sufficient professionalism. "We have a beautiful sector", he said, "but we shall have to battle for talent." According to Veerman water utilities mainly operates behind the scenes. "So how do we interest young people?"
The next Utilities Leaders Forum will take place in Amsterdam in November 2015.

Rene Hoeijmakers, market sector leader industrial water Europe for Arcadis reporting back on a round table discussion during the Water & Industry forum. The participants of the forum were asked to debate potential ideas for three industrial sectors - oil & gas, mining and food & beverages, to become beacons in sustainable water management by 2030. On behalf of his table Hoeijmakers suggested the introduction of financial incentives for water efficiency measures. 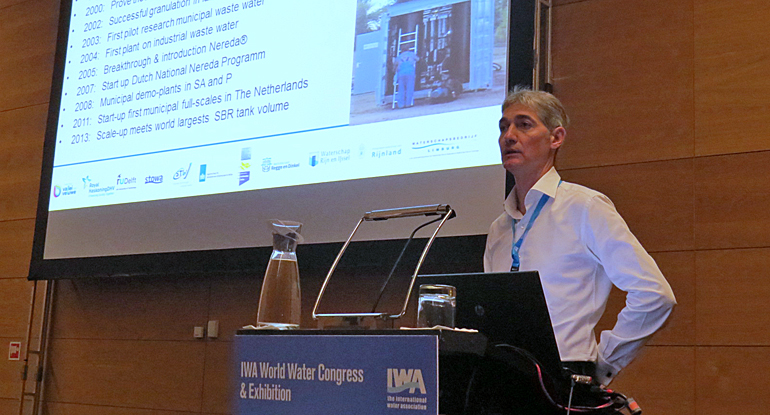 Andreas Giesen of Royal HaskoningDHV presenting his company's most recent achievements with its energy efficient Nereda waste water treatment technology. Giesen was one of the speakers at the session on aerobic granular sludge reactors. "Nereda is proving that sequence batch reactors can be cost effective. We now operate 6,000 m3 tanks and we can closely monitor the treatment in the tanks. This way we can optimize the processes."

Production of proteins from waste water 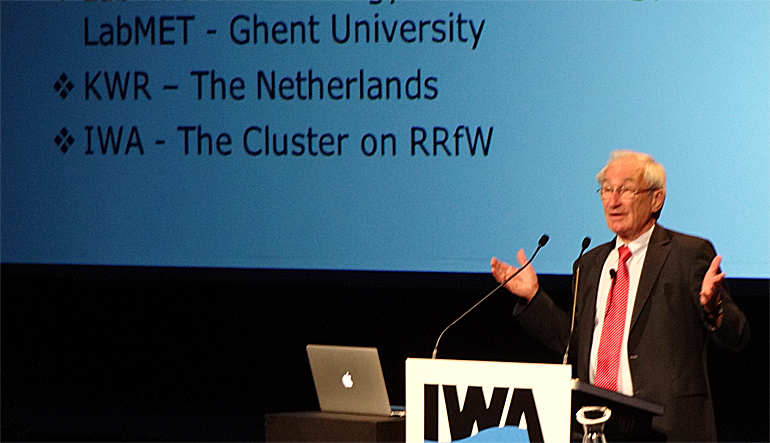 Belgian emeritus professor Willy Verstraete called for a rethinking of waste water treatment and to fully focus on resource recovery. Verstraete announced the start of EU research programme 'Power to Protein' to produce proteins from residual waste streams that include phosphorous, ammonia, CO2 and H2. He will lead a Belgian/Dutch consortium to develop this concept. 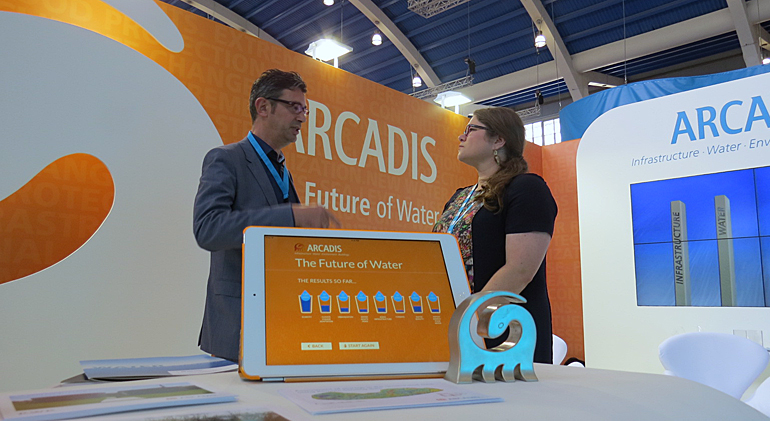 What will be the single biggest water issue our planet will face in 2050? This was the question of the global poll organised by consultancy firm Arcadis. Some 800 votes were registered on the special website www.thefutureofwater.com. The top 3 being: water scarcity (348x), climate change (173x) and water quality (157x). 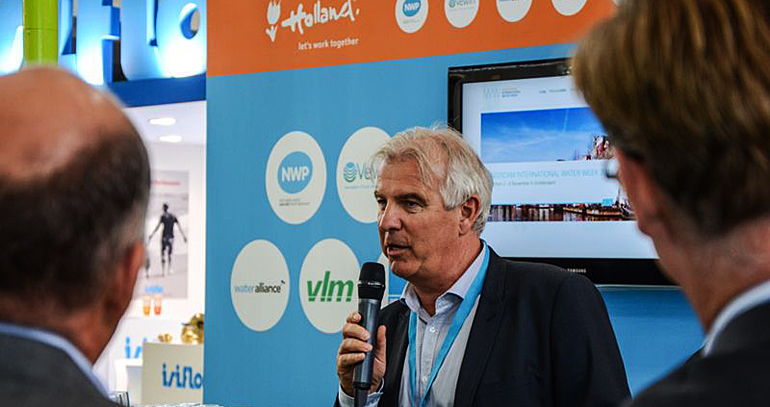 During the network reception in the Netherlands pavilion, director Roelof Kruize of Waternet, officially announced the next Amsterdam International Water Week will take place from 2 - 6 November 2015. "Last year we had a very successful second edition, so we keep our programme focused on the three issues of water cycle management, urban resilience and climate adaptation and sustainable industrial water",  Kruize revealed.
The theme of the water week is 'Integrated solutions for a circular economy and resilient cities'.