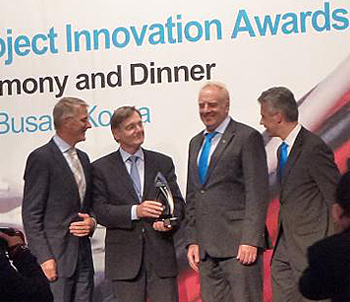 The winners of the IWA Project Innovations Awards will be honoured on 25 June 2014 at an awards ceremony in Brussels, Belgium during the Water Innovation Europe Conference 2014 on 25 to 26 June.

IWA organizes the PIA competition for innovative water solutions in four different regions in the world.

All winning and honor award projects in the regional bases will automatically be advanced to the global awards competition.

The Global Projects Awards will be announced at the IWA World Water Congress in Lisabon on 24 September.

About Kallisto - Together Smart Clean
by Water board De Dommel, The Netherlands 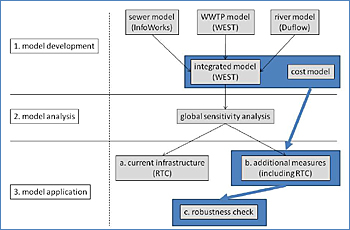 Dommel water board launched the Kallisto project in 2010, which adopts an impact based approach including receiving water ecological status criteria, exploiting the power of integrated modelling (sewer, wastewater treatment plant and receiving water body) to come up with cost-effective measures for water quality improvement in the Dommel River.

This has led to a predicted saving of 60% of the required total cost (Capex and Opex) to meet the objectives of the European Water Framework Directive for the quality of fresh water.

The original costs were estimated to be over 150 million euro. The project has proven to be very beneficiary with a clear return on investment.

The Kallisto project, a unique partnership of the water board, municipalities, consultants and research institutes with complementary knowledge, accounted for both acute (oxygen depletion, ammonia toxicity) as well as long-term (eutrophication, morphology) impacts of the urban wastewater system on the chemical and ecological quality of the Dommel River.
(see more: www.samenslimschoon.nl)

About NNOP Nereda Project – a new approach to sanitation
by Dutch Foundation for Applied Water Research STOWA, The Netherlands 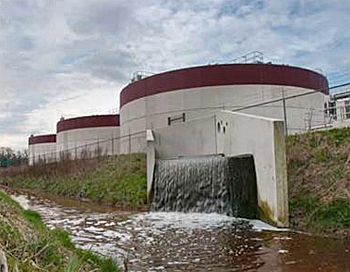 It moved from the laboratory to real-life application to pilot installations, and culminated in 2011 in the opening of the world’s first operational municipal plant in Epe, the Netherlands.

The NNOP Nereda Project ended in 2013, with a big result: a game-changing new aerobic treatment technology that makes wastewater treatment and sanitation more sustainable, much more affordable era and will contribute to societies where ever costs or room availability is an issue.

The project is a perfect role model for the delivery power of the golden triangle of private parties, government and knowledge institutes.
(see more: www.neredannop.nl)