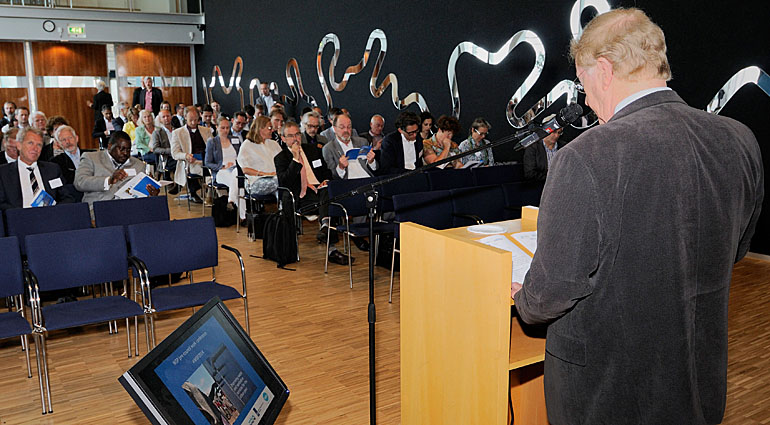 Accountability and private sector involvement were two dominant themes at a workshop on urban water services organized by Vitens Evides International and World Waternet in Amsterdam, the Netherlands on 17 June.

Special guests at the workshop were several council members of the World Bank's Water and Sanitation Programme (WSP). The council had its annual meeting in Amsterdam and is about to adopt its new business plan for the next five years.

Executive director Frank Heemskerk of the World Bank and regional team leader for Latin American Glenn Pearce-Oroz of the WSP council opened the workshop and asked the participants to come up with recommendations for WSP's new business plan to improve the access to drinking water and proper sanitation in cities, especially for the urban poor. 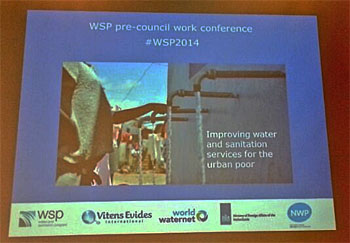 Unbridled city growth
Many water utilities cannot cope with the unbridled growth of cities. To expand their capacity and distribution network, they must invest. However, their water tariffs are hardly enough to cover the operational costs so they lack the financial resources for such investments.

Politically it is not feasible for them to raise the tariffs. Lacking full cost recovery, traditional investors will not lend them money.

As a result the poorest parts of the cities remain unconnected to the drinking water and sewage systems. Yet, entrepreneurs manage to set up small businesses in these unconnected areas by vending bottled water, operating very small water supply systems, digging water wells or collecting faeces.

Often citizens are charged more than they would have paid the local water utility if they had been connected.

More cooperation with private sector
As the private sector is considered more flexible to respond to the citizens' demand and has more financial resources, it seems inevitable for the water utilities to team up with the private sector. That was one of the outcomes of the workshop.

The government has to stay in control as a regulator for the water services, but it has to become more flexible and allow more private participation.

More accountability
Another recommendation made to the WSP-council was to focus also on the demand, and not only on the supply. Urban water suppliers have to be held more accountable for their output, the actual delivery of water services.

Special attention is necessary for the needs of the urban poor. 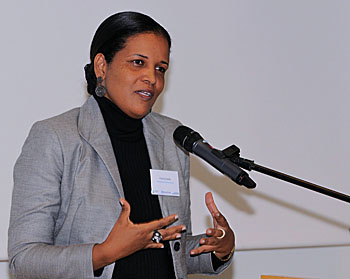 Ambitious water plan for Mombasa
Smart investments are needed to get urban water utilities in a sound financial position to expand their water services to the poor urban areas.

Water minister Fatma Awale of Mombasa County, Kenya, presented some clear ideas. She launched an ambitious improvement plan to increase the coverage for drinking water from 70 to 90% and for proper sanitation from 15% to 60% in the next five years.

For her plan she needs 200 million USD. However, all water facilities are owned by the state and her plan is not bankable.

More supply, more income
"With smart initial investments we can replace the existing aging drinking water pipes and put in sewage pipes simultaneously", Awale told at the workshop. " If we are able to increase our water services to 24/7, people stop buying expensive bottled water from vendors and start using more tap water. Our income will increase and this will enable us to finance our plan to have a tap for every household in Mombasa and start treating the sewage water."

Awale has a special plan in mind for the urban poor in her county. "In South Africa I saw an interesting delivery scheme for certain poor areas where people can tap drinking water for free at certain hours and up to a certain amount."

Awale is convinced her plan stands a chance once her country is able to show the people of Mombasa their water supply is really improving.