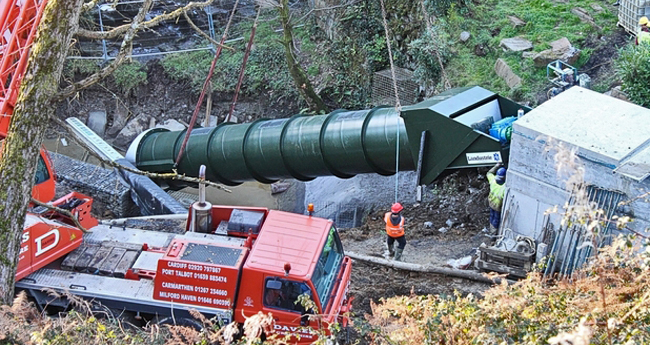 A hydropower screw turbine built by Dutch firm Landustrie was placed next to the water fall in Penllergare Valley Woods, just north of Swansea, Wales on 25 November.

The owner of the new hydropower facility is Penllergare Trust, an independent charity. The trust welcomed the long awaited screw turbine as its electricity production is an important financial corner stone of the wood's restoration programme.

The screw turbine is expected to raise the trust annually10.000 British pounds. 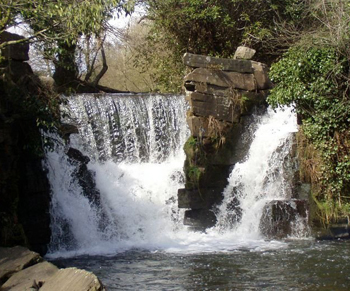 Next to waterfall
The 40 feet long screw turbine was placed in the woods next to the waterfall that was built in the mid 19th century as part of a varied and exotic landscape which included lakes, terraces, trees, stone bridges and a carriage drive.

After years of planning, volunteers restoring Penllergare Valley Woods finally took delivery of the screw which will generate power and much-needed revenue for the Penllergare Trust.

Water from the lake at Penllergare Valley Woods will flow downwards to the river below, turning the screw to produce electricity. This power will be fed to the site's new visitor centre and also to the National Grid. 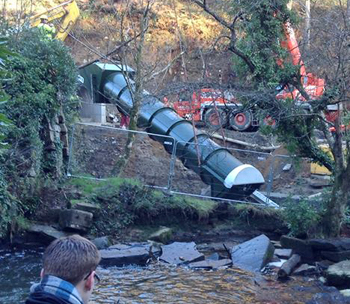 Funding for nature conservation
"The revenue will be used to look after Valley Woods for everyone to enjoy now and in the future," said trust director Philip James, adding: "Full commissioning of the screw will take a further two to three weeks."

The project has been made possible via a 2.3 million British po,unds Heritage Lottery Fund grant and is due for completion in the spring of 2015.

Archimedes screw
Landustrie is a producer of screw pump, covering the Archimedes hydropower screw. An efficient use of water power is already achieved at a level difference of 1 meter and a capacity of 500 l/sec.

The largest capacity and level difference for hydropower screws is as much as 15000 l/sec. at 10 meter.

This news item is based on a news report on the website of South Wales Evening Post.

A plug in and play hydropower screw for generating sustainable energy: how it works.